30Q: How secure is Buddy Hield’s role as a starter? 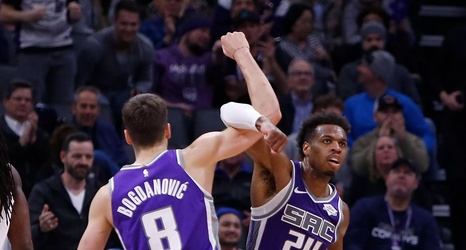 Buddy Hield just had one of the best three-point shooting seasons in NBA history, based on both accuracy (42.7%) and volume (651 attempts). Because of this, there’s a common assumption that Buddy Hield will remain the starter this coming year. And it’s a fair assumption, Buddy is one of the best young shooters in the league, naturally you’d want him providing spacing for De’Aaron Fox and Marvin Bagley III.

But, as I was recently reminded of when listening to James Ham and Doug Christie’s latest podcast, around this time last year the assumption was that Bogdan Bogdanovic would be the starter.