30Q: Can the Kings win against their California rivals? 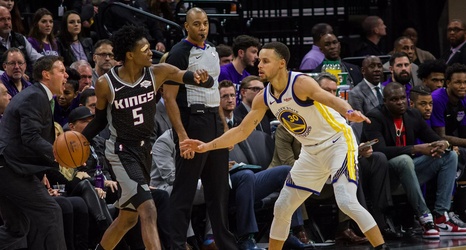 The Sacramento Kings took a huge leap last season. Their never-ending rebuild cycle got hit with a strike of De’Aaron Fox lightning and a flash of Buddy Hield fire, and the organization made mostly smart moves in an effort to build around their young stars. The team finished at 39-43, their best mark in 14 seasons, and have seemingly set themselves up for another, stronger, attempt at a playoff birth.

But inside the state of California, things weren’t quite as smooth last season. The Kings went just 1-11 against their California rivals—the Los Angeles Lakers, the Los Angeles Clippers, and the Golden State Warriors.