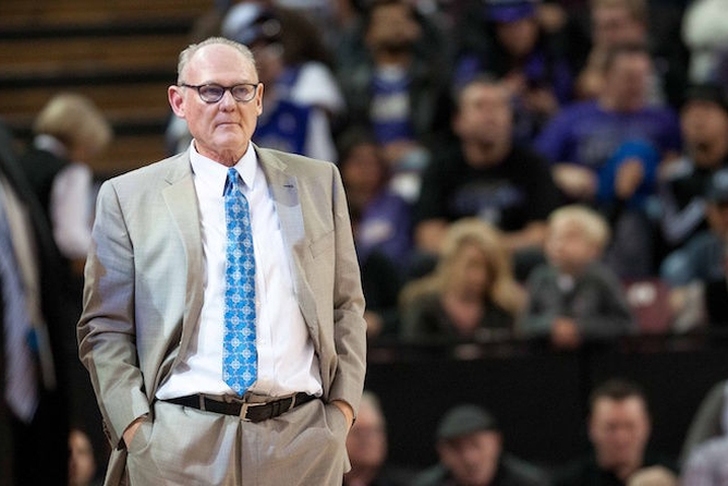 The Kings have announced that they have decided to keep head coach George Karl one day after reports leaked that they were planning to fire him, reports ESPN's Marc Stein.

Sacramento Kings head coach George Karl had the Kings in the playoff picture just three weeks ago, but a lot has changed since then. The Kings have lost eight of their last nine games, including losses to other non-playoff teams like the Trail Blazers, Pelicans, and Nets, dropping them to 21-31 on the season. Now, ESPN's Marc Stein is reporting that Sacramento will fire Karl within the next few days:

"NBA coaching sources told ESPN that the Kings have decided internally that a change on the bench is needed and is likely to happen after Sacramento plays its final game before the All-Star break Wednesday in Philadelphia.

"Within the organization, according to sources, concerns have been mounting for weeks that Karl was not providing the stewardship Sacramento expected when it hired the 64-year-old from ESPN during the 2015 All-Star break to replace then-interim coach Tyrone Corbin.

"Sources said rising dismay, both within the front office and among players, with Karl's defensive schemes, practice policies and general leadership have had a demoralizing effect on the players, who have slumped into a 1-8 funk in the wake of a recent five-game winning streak that briefly had Sacramento in the West's eighth playoff spot."

Assistant Corliss Williamson is expected to take over as interim head coach in Karl's absense, but who are the Kings looking at to replace Karl long term?

Sacramento will undoubtedly kick the tires on Golden State Warriors assistant coach Luke Walton, who is expected to be the top candidate for almost every head coaching vacancy this offseason.

However, former Houston Rockets head coach Kevin McHale has emerged as the early favorite to get the job after leading the Rockets to the Western Conference Finals last year. The Kings also love his ability to coach big men, hoping he can form a connection with center DeMarcus Cousins. McHale was linked to the Kings job early in the season when questions of Karl's job stability first came up.

Former Chicago Bulls head coach Tom Thibodeau and former Cleveland Cavaliers head coach David Blatt would also be options Sacramento will consider, but it's clear they have their sights set on McHale at the moment.