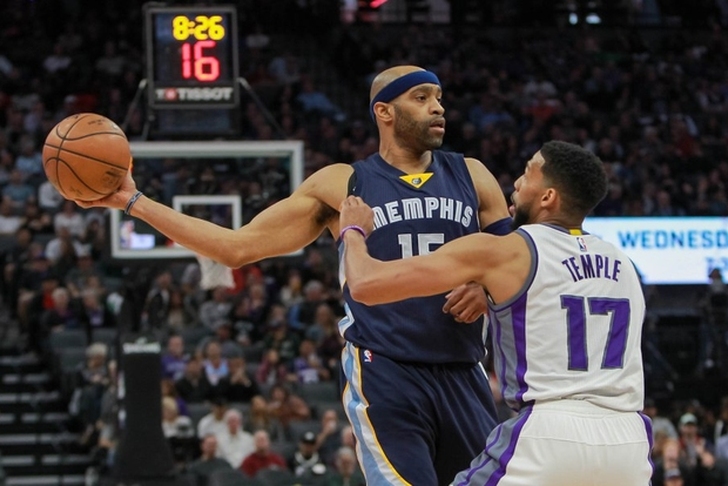 The Sacramento Kings have signed veteran swingman Vince Carter to a one-year deal, according to ESPN's Adrian Wojnarowski:

Carter had seen interest from a number of contenders, including the Golden State Warriors, but they wanted to sign him for the veteran minimum.

Sacramento started the offseason with more cap space than anyone else, and are using that cap space to sign veterans to more lucrative contracts than they'd get elsewhere in order to serve as mentors for their young core. They have already signed George Hill and Zach Randolph this week.

Carter, who is entering his 20th season in the league, averaged 8.0 points and 3.1 rebounds in 24.7 minutes per game off the bench for the Memphis Grizzlies.