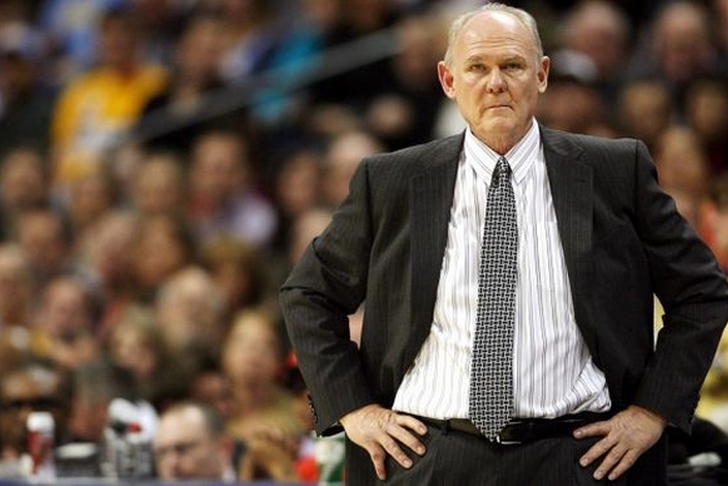 The Sacramento Kings were planning on firing head coach George Karl during the All-Star break, as ESPN's Marc Stein reported yesterday, but they've now changed their course. According to Stein, the Kings have decided to keep Karl after he met with general manager Vlade Divac on Tuesday morning.

The Kings are just 21-31 this season after losing eight of their last nine games. This comes after they reeled off an impressive five-game winning streak, which put them in the No. 8 seed in the Western Conference playoff picture. They have since dropped to 10th and are five games behind the Jazz for the eighth spot.

Karl originially took over the Kings job after the All-Star break last season, leading them to a 11-19 record in their last 30 games.

Sacramento's next game is tomorrow night at 7:00 pm ET at the Philadelphia 76ers. It's their last game before the All-Star break.