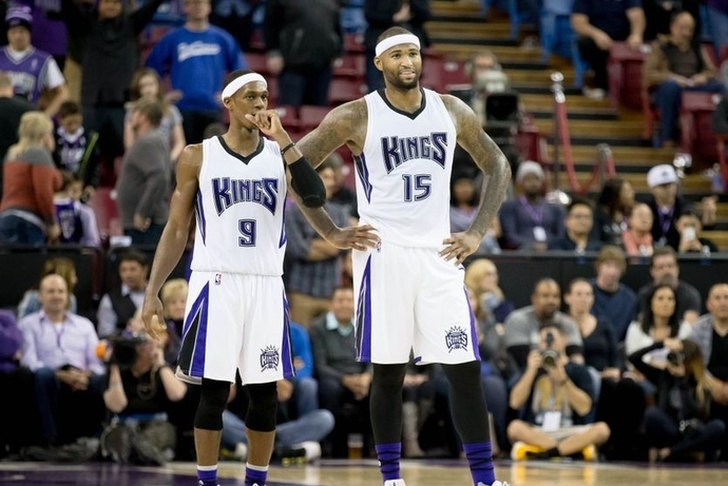 The Sacramento Kings are near the bottom of the Western Conference again this season, posting a 9-15 record despite a full offseason under head coach George Karl and the acquisition of point guard Rajon Rondo. Here's what we've seen from them so far this year:

One of Sacramento's two wins over a playoff team from a year ago, they were clicking on all cylinders against a Mavs team that's in the top five in the West right now.

To be honest, the Kings don't have a lot of bad losses. They've had an extremely difficult schedule to this point, as only four losses have come against teams that didn't make the playoffs last year. This is the worst of the bunch, as it was a home game against a Timberwolves team that has a losing schedule.

Biggest surprise: The relationship between DeMarcus Cousins, Rondo, and Karl

There were numerous reports all offseason and even early this season about discord and anamosity between Sacramento's best players and head coach George Karl, but they all seem to be on great terms now after a two hour meeting where they hashed out their differences. Though it hasn't shown up in the win column yet, the Kings are playing much better as a result, and there's reason to think this team will show progress this season.

Sacramento's first-round pick in 2013 hasn't lived up to the hype and has been one of the Kings worst players this year, averaging just 8.0 points per game and 2.3 rebounds per game in 21.8 minutes. He's an inconsistent shooter and is still lost defensively, and has lost his spot in the starting lineup as a result.

Promise. The Kings aren't making the playoffs, but they had no expectations of doing so. However, the improved relationship between Cousins, Rondo, and Karl is enough to think there are better things in Sacramento's future. For the first time in what seems like forever, there seems to be peace and stability in Sacramento - and that's a good thing.