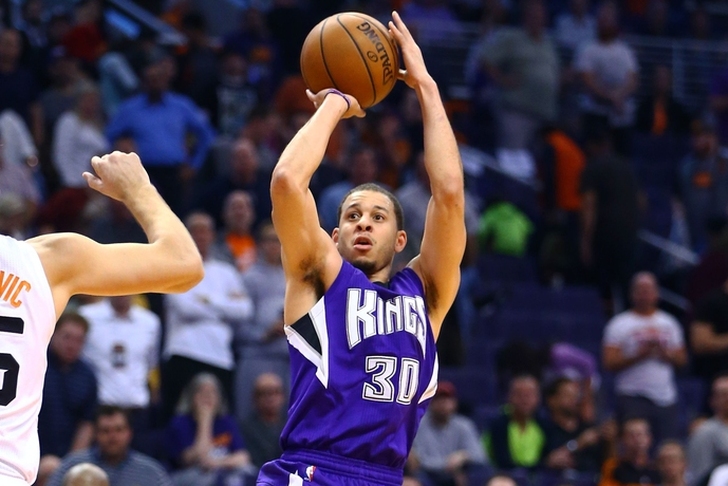 The Sacramento Kings might not have guard Seth Curry next year. According to Yahoo! Sports, Curry will decline his player option and become a restricted free agent.

Curry has until Saturday to formal make his decision. Curry, the younger brother of Stephen Curry, is hoping to land a deal that will pay him more than the $1 million per year he would have made with the Kings.

Over his last seven games, when the Kings were out of the playoff race, Curry averaged 16.4 points and 5.3 assists after getting more playing time. He shot 45.1 percent from 3-point range last year.

Curry was an undrafted free agent out of Duke in the 2013 draft. He bounced around the NBA with the Cleveland Cavaliers, Memphis Grizzlies and Phoenix Suns on 10-day contracts. But his strong play with the New Orleans Pelicans summer-league squad helped him land a deal with the Kings. Now, he's hoping to turn his play with the Kings into a longer, more lucrative contract.