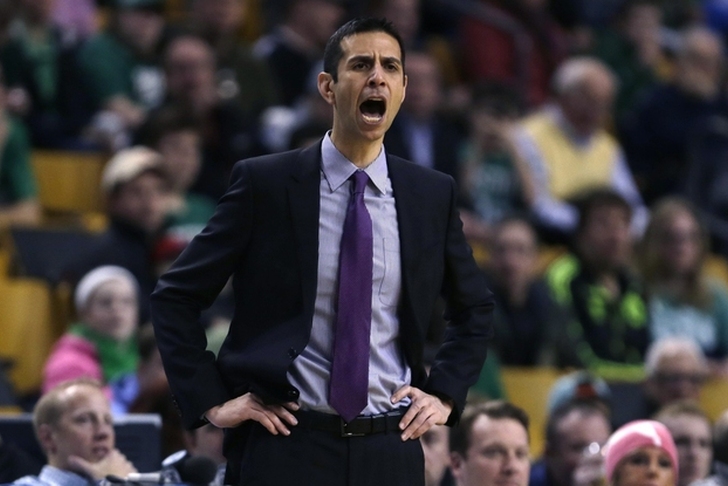 The Sacramento Kings are still searching for a new head coach, and they've now turned their attention to a pair of San Antonio Spurs coaches. The Kings have permission from the Spurs to interview Ettore Messina and James Borrego.

Messina is the Italian national team head coach. He joined the Spurs in 2014, after spending much of his coaching career overseas. The 56-year old Messina has served as acting head coach for the Spurs during a preseason game when head coach Gregg Popovich didn't travel. He also coached a pair of games this year when Popvich had a family emergence.

Borrego played college ball for San Diego. He was an assistant for the Spurs from 2003-10, before joining the Hornets. After two years with Charlotte, he joined the Orlando Magic as the lead assistant to Jacque Vaughn. When Vaughn was fired during the 2015 season, Borrego took over as the interim head coach, posting a 10-20 record. He re-joined the Spurs before this season.

The Kings have casted a wide net in their head coaching search. Messina and Borrego might not be the last of the coaches the Spurs interview.