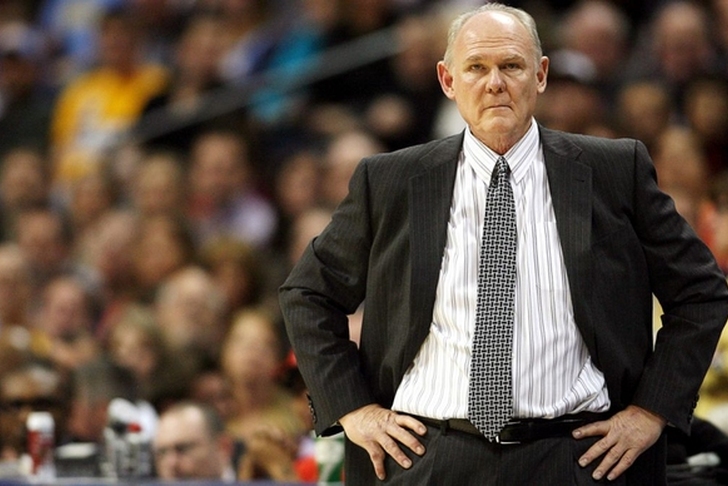 The Sacramento Kings have officially fired coach George Karl, according to league sources.

The Sacramento Kings will once again be looking for a new coach. Both the Sacramento Bee and ESPN report that the Kings are expected to fire head coach George Karl on Thursday.

Karl nearly lost his job mid-season, but a sit-down meeting with general manager Vlade Divac helped save his job. The Kings are currently 33-48 and will miss the playoffs for the 10th straight season this year.

Karl was hired during the 2015 All-Star break and given a four-year contract. He'll be paid all of the $6.5 million left on his contract.

The Kings' new coach will be fourth since owner Vivek Ranadive took over the team and the ninth since the 2006-07 season. The Kings, according to ESPN, are interested in Kevin McHale, Mark Jackson and Vinny Del Negro. Sacramento also has interest in Tom Thibodeau and Scotty Brooks, but there's a report that they don't want the job.