The Latest Kings Rumors On A Rudy Gay Trade, Rajon Rondo And More 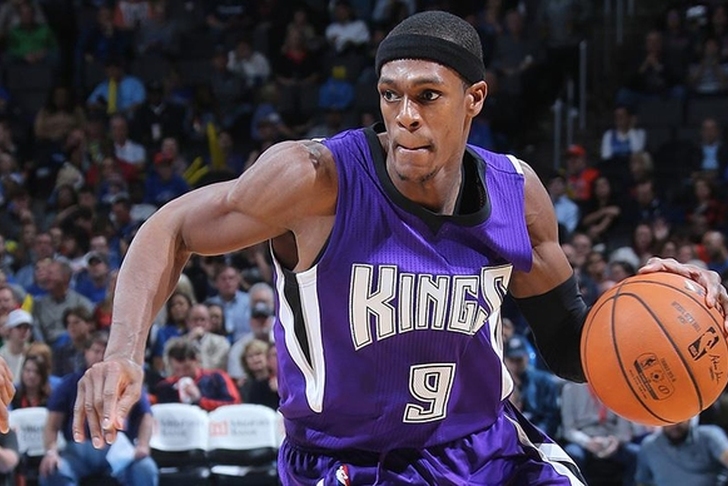 NBA free agency is here, and the Sacramento Kings have already made a few moves. The Kings added Arron Afflalo and Anthony Tolliver, but haven't made any signings or trades quite yet. The rumor mill is buzzing with meetings and potential signings, and we're here to get you caught up on what's happened so far. Here are all the latest Kings rumors and news you need to know.

Kings Out On Rondo?
It seems the Kings won't be brining back Rajon Rondo to be their point guard next season.

Kings, moving on from Rajon Rondo, are comfortable with Darren Collison as their starter next season, I’m told. Will look for backup PG.

Collison is facing domestic violence charges, so the Kings need to get a quality backup in the event he winds up in jail or suspended by the NBA. It's unclear who they are targeting.

The Kings reportedly want Monta Ellis, while the Pacers want to give up another player instead.

However, after confirming Stein's report, Sam Amick of the USA Today reports the Kings actually don't want Ellis or Stuckey. With Amick and Stein presenting conflicting reports, it's tough to determine how much legitimacy a Gay-to-Pacers trade has.

Kings' Contracts
The Kings signed Afflalo to a two-year deal worth $25 million and Anthony Tolliver to a two-year, $16 million deal. But those deals might not be as expensive as they seem.

Using a team option allows the Kings to bail if either Afflalo or Tolliver struggle. It's a smart move by Sacramento.

Follow our Sacramento Kings team page for all the latest Kings rumors or download the Chat Sport App!