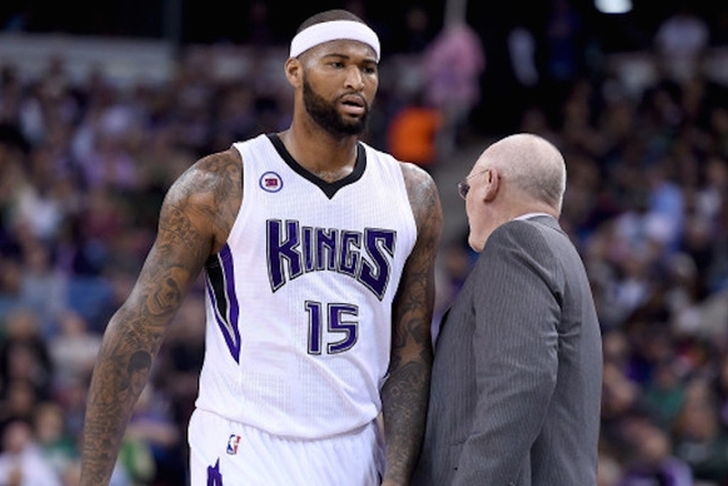 The Sacramento Kings are fresh off a win over the New York Knicks, but remain seven games out of the playoff race. That's because the 27-42 Kings have lost 11 of their last 14 games, as their defense continues to struggles badly. Let's get you up to speed with the week that was and the week ahead with our Kings Weekly update:

Last Week:
The Kings started last week with a 106-98 road win Tuesday over the Los Angeles Lakers. Three players had at least 20 points for the Kings, led by DeMarcus Cousins and Darren Collison's 22. Rajon Rondo had nine points, but 12 assists.

Back at home, the Kings lost to the New Orleans Pelicans 123-108 Wednesday. A nearly 20-point difference in the fourth quarter doomed the Kings, as they once again defeated by one bad quarter. Cousins had 20 points and 12 boards, while Collison had 23 points.

On the road Friday, Sacramento fell 115-108 to the Detroit Pistons. The Kings fell behind 14 in the first quarter and never recovered. Cousins had 31 points and 10 rebounds and Rondo had a double-double, but it wasn't enough.

The Kings rebounded with an 88-80 win over the Knicks Sunday. Cousins had 24 points and 20 rebounds in the win, while Omri Casspi added 15 off the bench.

What's Next?
The Kings play four games this week, starting with a road game tonight against the Chicago Bulls. That's part of a back-to-back that involved a flight from New York to Chicago, so it'll be a challenge. The Kings stay on the road Wednesday before heading home to face the Phoenix Suns Friday and the Dallas Mavericks Sunday. For more on the Kings' upcoming games, download the Chat Sports Android and iPhone app.

Injuries:
Willie Cauley-Stein is probably for Monday's game. He was battling an illness.
Ben McLemore remains out indefinitely with a finger injury.

What They're Saying About The Kings:
Check out DeMarcus Cousins' First Tweet
Cousins Pushed A Security Guard
Rondo Is Looking For His Last Stop