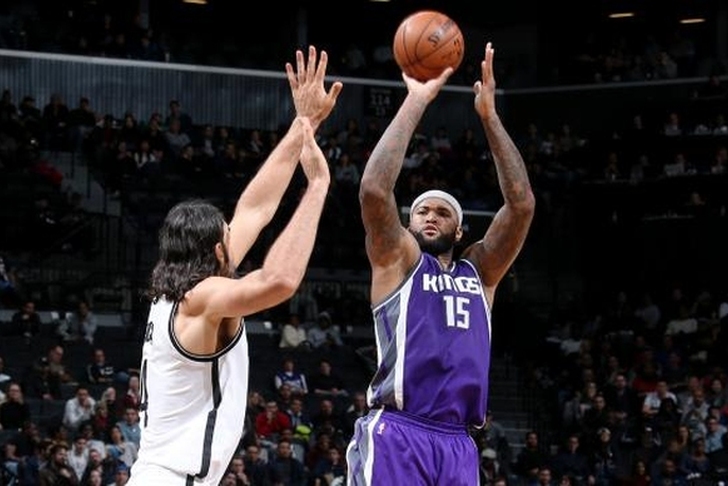 The Sacramento Kings have looked like a much-improved team so far in head coach Dave Joerger's first season, posting a 7-11 mark in a tough Western Conference. Though Sacramento is getting back on the right track after two four-game losing streaks, they are still inconsistent. Let's get you up to speed with the week that was and the week ahead with our Kings Weekly update:

Last Week:
Sacramento started the week at home on Wednesday against the Oklahoma City Thunder, and the Kings used the game to make a major statement. Led by DeMarcus Cousins' 36 points and 13 rebounds, the Kings cruised to the 116-101 win. Friday's game against the Houston Rockets ended a five-game homestand, and it wasn't the finish Sacramento wanted. Despite Boogie's 32 points, the Rockets won, 117-104, thanks to 21 made three-pointers and a triple-double from James Harden.

Following that game, the Kings kicked off a six-game road trip on Sunday against the Brooklyn Nets. Sacramento trailed at half, but out-scored the Nets 64-46 in the second half to get the 122-105 win. A contest against the Washington Wizards followed on Monday in the second game of a back-to-back, and Sacramento simply ran out of gas, losing 101-95 in overtime.

Cousins played exceptionally well against Washington, scoring 36 points and grabbing 20 rebounds, his first 30-20 game of the season. During the week, he averaged an amazing 35.3 points and 13.3 rebounds per game.

What's Next?
Without any back-to-backs this week, Sacramento will try to turn their improved play into a winning streak this week - despite being in the midst of a road trip. That could start on Wednesday when they play the Philadelphia 76ers, then they will face the Boston Celtics on Friday and the New York Knicks on Sunday. Read more Kings news in the Chat Sports iPhone and Android apps.

Injuries:
Cousins is playing through a break on the tip of his middle finger, reports Jason Jones of the Sacramento Bee. It has not been limiting him and isn't expected to do so moving forward.

What They're Saying:
DeMarcus Cousins Comments on Potentially Playing with John Wall​
Sacramento Kings salaries and what it means for potential trades
When will the Kings find the right starting combination?