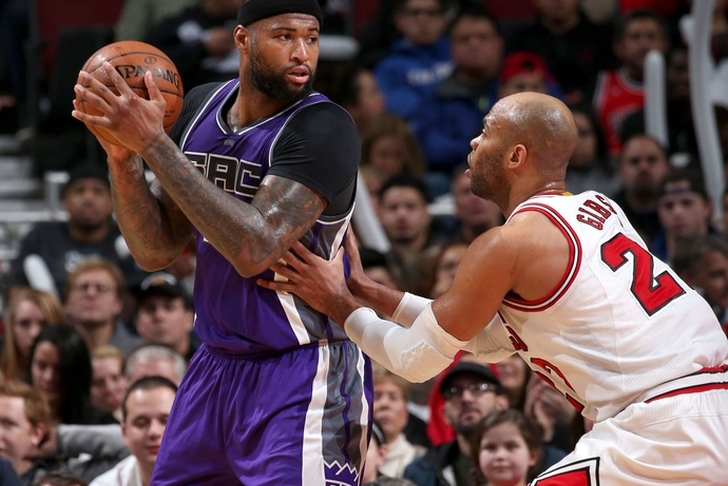 The Sacramento Kings have been reeling of late, going just 2-8 since the calendar flipped to January. Once competing for the No. 8 seed in the Western Conference, Sacramento is looking to regain any kind of momentum. Let's get you up to speed with the week that was and the week ahead with our Kings Weekly update:

Last Week:
Sacramento's week began on Wednesday, when they faced the Indiana Pacers in the final game of a seven-game homestand - and it was perhaps the most disheartening loss of their current five-game losing streak. The Kings led by as many as 22 points in the first half and by eight points going into the fourth quarter, yet lost 106-100.

The biggest reason for the change in momentum came when Rudy Gay went down with a torn Achilles, ending his season. Sacramento was unable to recover after losing their second-leading scorer.

The Kings then started their current eight-game road trip with back-to-back games on Friday and Saturday against the Memphis Grizzlies and Chicago Bulls. Sacramento looked dead against Memphis, struggling offensively in their first game without Gay in the 107-91 loss.

DeMarcus Cousins picked up the slack against the Bulls, scoring 42 points while grabbing 14 rebounds, but it wasn't enough as the Kings faltered down the stretch and suffered the 102-99 defeat.

What's Next?
Sacramento continues their road trip with four more games this week. They face the Detroit Pistons on Monday and Cleveland Cavaliers on Wednesday before another back-to-back on Friday and Saturday against the Indiana Pacers and Charlotte Hornets, respectively. Read more Kings news in the Chat Sports iPhone and Android apps.

Injuries:
Guard Ty Lawson is listed as day-to-day with an ankle injury. Forward Rudy Gay will miss the rest of the season with a torn Achilles.