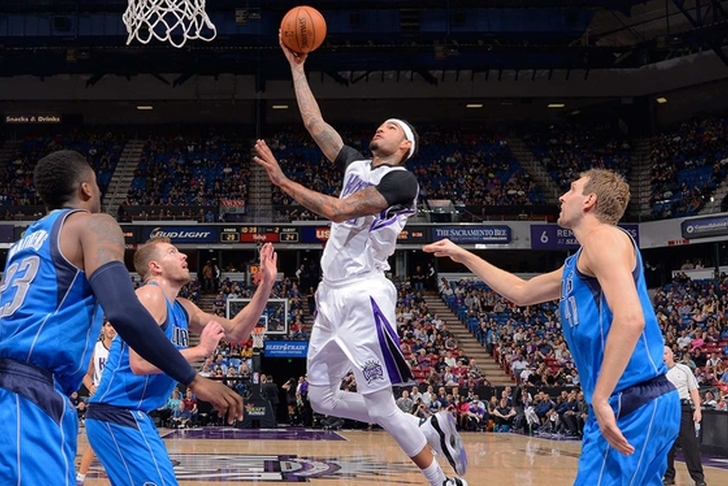 The Sacramento Kings have lost their only game so far this week and are now eight games out of the playoff race. The 29-45 Kings have lost 14 of their last 19 games, as their defense continues to struggle. The Kings haven't yet been eliminated from the playoff race, but it's just a matter of time at this point. Let's get you up to speed with the week that was and the week ahead with our Kings Weekly update:

Last Week:
The Kings started last week with a 109-102 road loss to the Chicago Bulls last Monday. The Kings led during the fourth quarter, but could not keep the lead. DeMarcus Cousins led the way with 19 points and 18 rebounds. Darren Collison had 19, while Rudy Gay had 18.

The Kings followed that up with another road loss, this time 113-104 Wednesday to the Minnesota Timberwolves. With Cousins out with a bruised right knee, the Kings let Karl Anthony-Towns score 26 points, one of three Timberwolves to drop at least 23. Rajon Rondo led the Kings, putting up 25 points, 12 assists and eight rebounds. Kosta Koufos picked up the start in the Cousins' absence, and had 15 points and 15 boards.

Back at home Friday night, the return of Cousins helped the team beat the Phoenix Suns 116-94. Cousins was one of five Kings to drop double figures, leading the way with 29 points and 11 rebounds. Willie Cauley-Stein had a big game, posting 26 points.

The Kings won back-to-back games for the first time in over a month by beating the Dallas Mavericks 133-111 Sunday night. A whopping eight Kings had double-figures, led by Cauley-Stein and his 21. Cousins and Rondo both had double-doubles.

Sacramento started this week with a 105-93 loss to the Portland Trail Blazers. It was a back-to-back game, and the Kings elected to sit Gay, Cousins and Rondo. Six Kings had at least 10 points, led by Seth Curry's 21.

What's Next?
The Kings have two games left this week, starting with the Washington Wizards Wednesday night. It's home game for the Kings, with the Wizards fighting for their playoff lives. Washington is three games back in the Eastern Conference, making this a must-win. The Kings stay at home Friday, hosting the Miami Heat.

Sacramento then hits the road the very next night, playing the Denver Nuggets. Head coach George Karl benched his stars in the team's last back-to-back and he could do the same Saturday night. For more on the Kings' upcoming games, download the Chat Sports Android and iPhone app.

Injuries:
Marco Belinelli is out for Wednesday with a foot injury.
Rajon Rondo is probable for Wednesday. He was battling a toe injury.