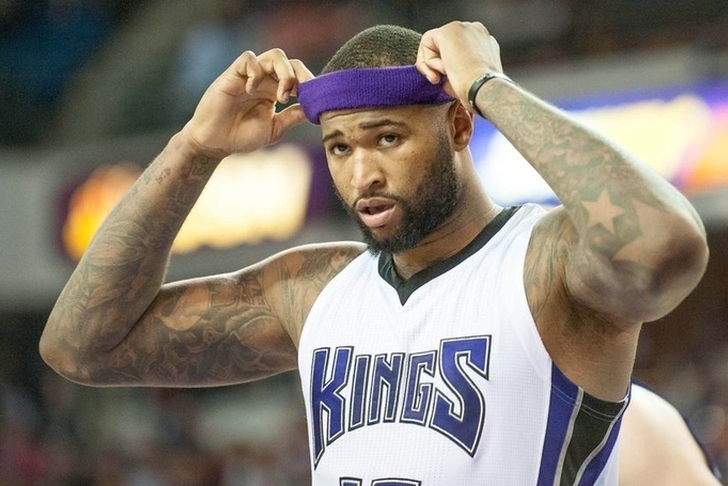 The Sacramento Kings entered this week with a five-game winning streak and were in 8th place in the Western Conference. But this week was the exact opposite, as the Kings lost all five games and slipped to 20-27. They are now 1.5 games back of the Portland Trail Blazers in the Western Conference. So, let's get you caught up with what happened last week and preview the week ahead with our Kings Weekly Update.

The Week That Was:
Despite DeMarcus Cousins going off for 56 points, the Kings fell to the Charlotte Hornets 129-128 in double OT on Monday. Rajon Rondo had just seven points, but he still posted a double-double with 10 rebounds and 20 assists. Cousins fouling out in the game might have costed the Kings a win.
Playing a back-to-back, but Kings left the confines of their home arena to visit the Trail Blazers. Cousins was just 4 of 21 from the field for 17 points in the 112-97 loss. Rondo had a double-double with 15 points and 11 assists.
The Kings continued their road swing with a 114-105 loss to the New Orleans Pelicans. Cousins posted a double-double, with both he and Ben McLemore dropping 26 points. Rondo once again had a double-double. Falling behind 37-19 after the first quarter was just too much for the Kings to comeback from.
Sacramento wrapped up their road swing with a 121-117 loss to the Memphis Grizzlies. Cousins left the game with a sprained ankle, but still had a double-double. X-rays were negative, which is a good sign.

Coming Up Next:
The Kings play four games this week, with the first two at home and then two on the road. The first chance for the Kings to snap their losing streak comes Monday against the Milwaukee Bucks. That will be an easier game than playing the Chicago Bulls on Wednesday.
Sacramento visits the Brooklyn Nets Friday and then the Boston Celtics Sunday. Those two games are part of a four-game road trip.

What They're Saying About The Kings:
Was Rajon Rondo Snubbed From The All-Star Game?
Classic Kings Continue To Show Up During Skid
Assessing Rudy Gay's Trade Value