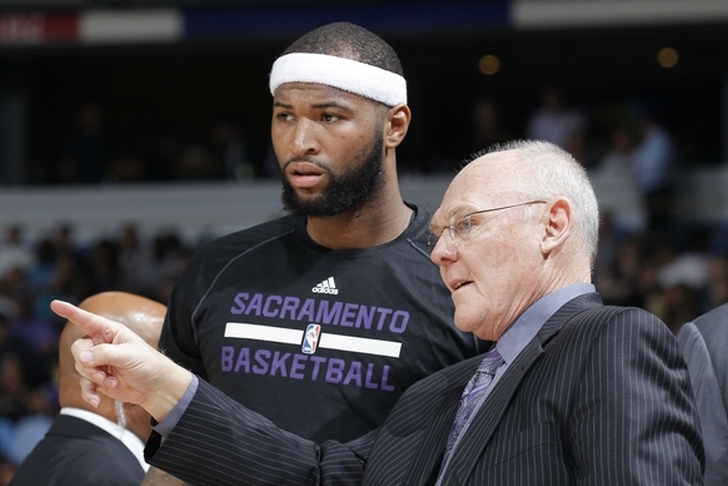 The Sacramento Kings have hit a rough patch and are now 21-31 with the All-Star Break nearly here. After winning five straight games in the middle of January, the Kings have lost eight of their nine games. That's led to speculation the team could fire head coach George Karl. Sacramento is now five games back of the No. 8 seed in the Western Conference.

With the Kings needing to bounce back this week, let's get you you caught up with what happened last week and preview the week ahead with our Kings Weekly Update.

George Karl's Status
The Kings had reportedly planned to fire head coach George Karl during the All-Star break, but have reversed course and now plan to keep Karl. Kings GM Vlade Divac had a conversation with Karl and the duo agreed to work through the issues. While things could always change again, it seems that Karl will remain the Kings head coach.

The Week That Was:
The Kings started the week with a win Monday, snapping a four-game losing streak. Despite missing star DeMarcus Cousins because of a left ankle sprain, the Kings picked up a needed 111-104 win over the Milwaukee Bucks. Rudy Gay led the way, racking up 32 points.

The return of Cousins on Wednesday wasn't enough to guide the Kings to a win, as they fell 107-102 to the Chicago Bulls. Cousins had 30 points and 11 rebounds, but the Bulls hit 11 of 21 3-pointers to pick up the win.

The woes continued Friday and Sunday, with the Kings losing 128-119 to both the Brooklyn Nets and Boston Celtics. Cousins posted a triple-double with 24 points, 10 rebounds and 10 assists in the loss to the Nets. Darren Collison actually led the Kings with 25 points. Against Boston, the Kings allowed 46 first quarter points, dooming them to a loss. Rajon Rondo had a double-double and Cousins had 31 points to lead all scorers.

In the final game of the week on Monday, LeBron James' first triple-double of the season guided the Cleveland Cavaliers to a 120-100 win over the Kings. Cousins had just 14 points on 5 of 14 shooting.

Coming Up Next:
The Kings play just one game this week because of the All-Star break. They travel to take on the Philadelphia 76ers, a game the Kings should win. The Kings don't play again until Friday, February 19th.

What They're Saying About The Kings:
Dysfuntion Surrounding Kings
Why Keeping George Karl Is The Right Move
Vlade Divac Is In Charge
Trade Rumor: Heat Interested In Omar Casspi

Injuries:
Ben McLemore missed Monday's game with a wrist injury. His status for Wednesday is uncertain.