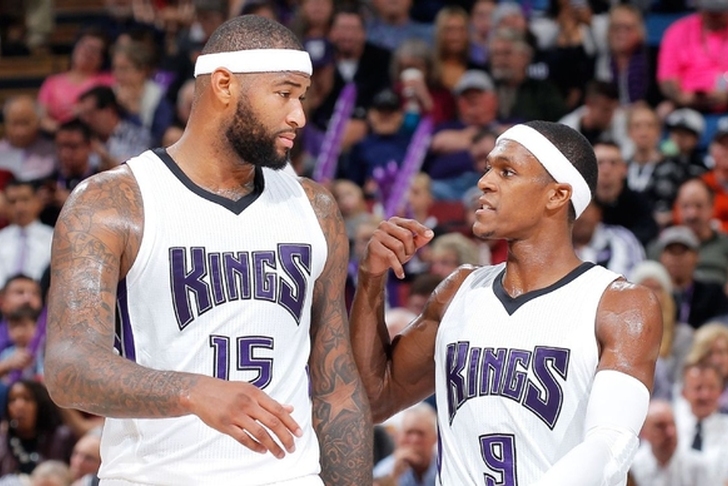 The past week has been a good one for the 20-23 Sacramento Kings. They turned a two-game losing streak into a five-game winning streak with wins over the Utah Jazz, Los Angeles Clippers, Los Angeles Lakers, Atlanta Hawks and Indiana Pacers. The Kings are now the No. 8 seed in the Western Conference. They hold a one game lead over the Jazz. So, let's get you caught up with what happened last week and preview the week ahead with our Kings Weekly Update.

The Week That Was:
DeMarcus Cousins took home Western Conference Player of the Week honors, it's clear why after looking at his three-game performance. He had double-doubles in all three games, starting with a 36 and 10 effort against the Lakers in a 112-93 win Wednesday. Rajon Rondo had 11 points and 17 assists in the win.
Cousins dropped 24 and 15 the next night at home against the Hawks. But it was Rondo who led the way in the 91-88 win. He had a triple-double with 11 points, 11 assists and 10 rebounds.
Cousins saved his best for the final game of the week, a 108-97 win over the Pacers Saturday. Cousins had 48 points and 13 rebounds in the win. Rondo again had a triple-double with 11 points, 10 assists and 10 rebounds.

Coming Up Next:
The Kings hope Rondo and Cousins continue their strong play Monday night against the Charlotte Hornets. The last time the two teams played, the Kings blew a 22-point second half led and lost in OT.
After hosting the Hornets, the Kings travel for three straight road games this week. They travel to Portland Tuesday night, making for a tough turnaround.
The Kings visit the New Orleans Pelicans and Memphis Grizzlies on Thursday and Saturday. Ideally, they'll still have their winning streak intact.

What They're Saying About The Kings:
Cousins In A League Of His Own
Cauley-Stein Makes Presence Felt
Cousins Named Western Conference Player of the Week
Defense Has Been Lynchpin Of Kings' Recent Success