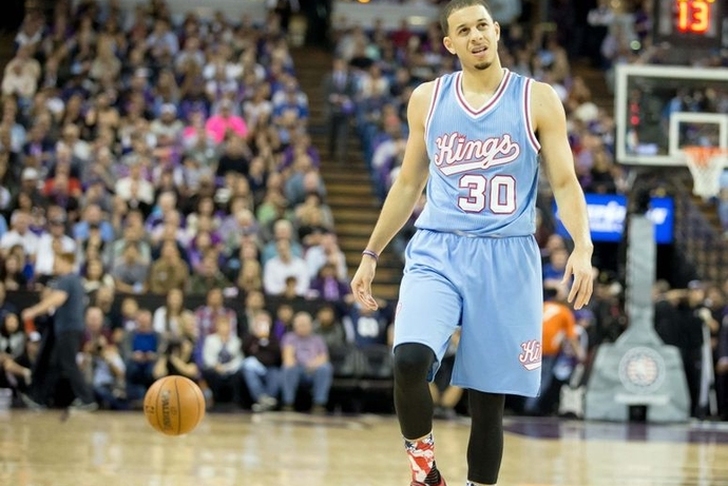 The Sacramento Kings started the post-All Star break stretch with two wins. However, the Kings followed those up with a pair of losses and remain on the outside looking in of the NBA playoff picture. The Kings are now 24-33, four games back of the Houston Rockets for the No. 8 seed in the Western Conference and need to start rolling if they're going to make the playoffs. Let's get you you caught up with what happened after the deadline, what happened in the Kings' win and preview the week ahead with our Kings Weekly Update.

The Week That Was:

The Kings visited the Nuggets Tuesday in the first of three games last week and picked up a 114-110 overtime win. DeMarcus Cousins once again led the Kings with 39 points, although he came up a rebound shy of a double-double. Rajon Rondo has 12 assists, twice the amount of shots he had.

The Kings turned around after the long game in Denver and hosted the San Antonio Spurs the very next game. Cousins had 22 points, but was just 8 of 23 from the field in a 108-92 loss. On the bright side, Rajon Rondo had 18 assists.

A third quarter in which they were outscored 34-16 doomed the Kings to a 117-107 loss to the Los Angeles Clippers Friday night. Cousins and Rudy Gay had 26 and 23 points, respectively, but it wasn't enough. Seth Curry erupted for a career-best 19 points.

The Kings play four games this week, starting with a home contest visit against the Thunder. Injuries will play a big role in that one (see below) and the Thunder are going to be tough to take down. After Monday's game, the Kings go on a four-game road swing. The Kings visit the Memphis Grizzlies Wednesday, and then take on the Dallas Mavericks the next night. The Kings play their final game of the week at the Spurs. All four of the teams the Kings play this week are in the top 6 of the Western Conference.

The Kings are battling several injuries for their game against the Thunder. Rondo and Gay are both doubtful. Rondo is battling a sprained right thumb, while Gay has a right shoulder strain. In addition, Curry is doubtful with a sprained right foot. All three players are listed as day-to-day.

What They're Saying About The Kings:

Time To Unleash Seth Curry
Gay And Rondo Could Miss Extended Time
Will The Kings Waive Caron Butler?
Where Would The Kings Be Without Cousins?