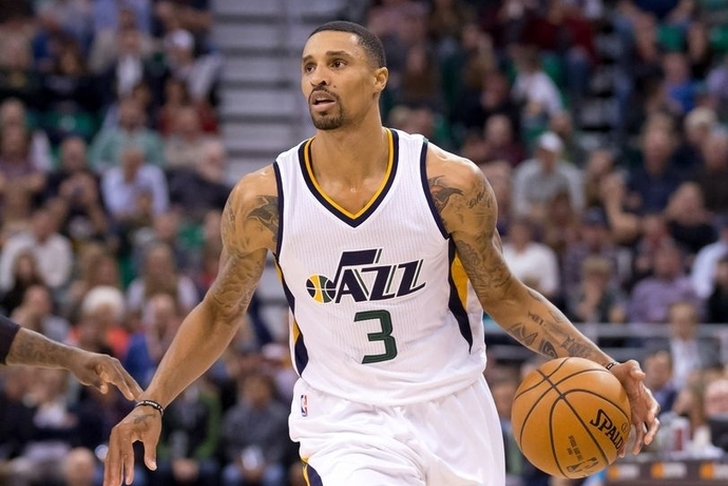 The Sacramento Kings have landed PG George Hill and it's a sizeable contract.

Hill had previously been linked to the Lakers, who wanted him on a one-year deal. It's a surprise move, since Hill hadn't been connected to the Kings at all previously.

Despite missing time with injuries, Hill played great for the Jazz. He averaged 16.9 points, 4.2 assists and 3.4 rebounds for the Jazz this year.

Hill joins a Kings roster that has De'Aaron Fox and Buddy Hield in the backcourt already. However, Hill can provide leadership and play both PG and SG if needed. The Kings followed up the move to land Hill by signing PF Zach Randolph.

Check out our Sacramento Kings team page for all the latest Kings Rumors or download the Chat Sports App!