Kings' Seth Curry Unsure What To Do With Player Option 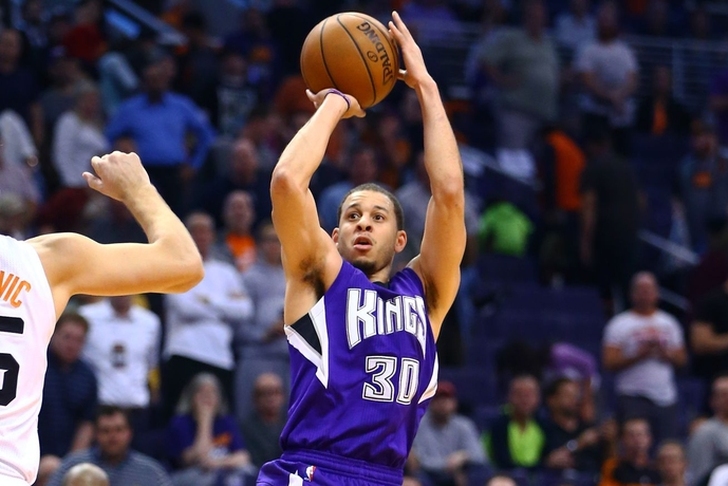 The Sacramento Kings have given guard Seth Curry, the little brother of the Warriors' Stephen Curry, more playing time in the past few weeks and Curry has played well with the added time on the court. The Kings are out of the playoff race and decided to give players like Curry a chance to show what they could do. While Curry has proved himself, that doesn't mean he'll be back with the Kings next season.

Curry has a player option for next season, and recently said that he has yet to decide if he's going to pick up his player option. Curry said he likes Sacramento and the way the franchise is trending. However, there's also the issue of head coach George Karl's comments about Curry, when he said Curry would only be the league a few years. That's far from a ringing endorsement and it's understandable if that's affecting Curry's decision.

But since being inserted into the Kings rotation near the end of March, Curry is averaging 15.3 points and hitting 52 percent from the field and 51 percent from the 3-point line. It's only been seven games, but Curry looks like he can be a key piece of the Kings' future.

Curry has also shown promise on defense, an element the Kings have lacked for much of this season. Curry started the year stuck behind players like Marco Belinelli, Ben McLemore, and James Anderson for much of this season. But since getting regular playing time, Curry has proven himself. The Kings surely hope that Curry picks up his player option and stays in Sacramento.