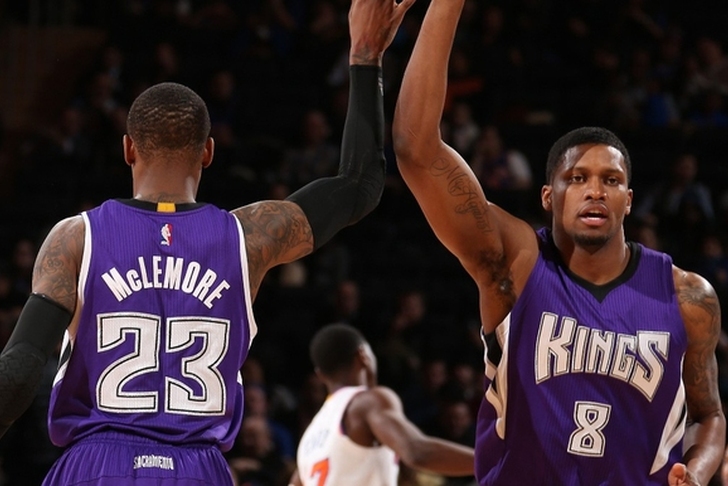 The Sacramento Kings have been shopping Rudy Gay, Ben McLemore and Kosta Koufos this offseason, but have been unable to unload any of them to this point.

However, that may be changing soon as CSNBayArea's James Ham reports the Kings have been receiving "plenty of interest" about the trio:

Continue to hear that the Kings have fielded multiple calls on Gay, Koufos and McLemore. Plenty of interest. Not giving them away for free.

Rudy Gay is not happy in Sacramento, and while he hasn't demanded a trade, the Kings know he does not want to be there. The team also tried to deal McLemore before the trade deadline and during the draft.

Follow our Sacramento Kings news page for all the latest Kings rumors!