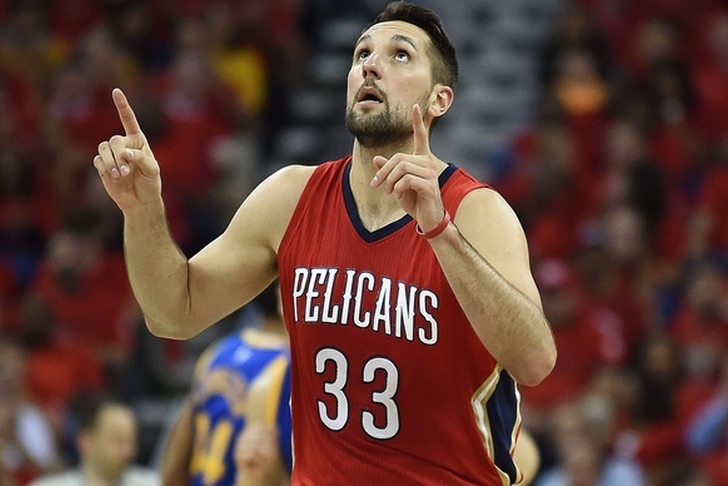 The NBA Draft is over and the Sacramento Kings have turned their attention to the start of free agency on July 1st. The Kings aren't a premier destination, so they won't be landing a Kevin Durant. However, there are a few players the Kings will try to land this offseason. Here are all the latest Kings rumors and news and you need to know.

Kings After Anderson And Lee?
The Kings aren't going to get Kevin Durant, or any of the major free agents this offseason. So, the team has wisely focused on some lesser names. At the top of their list is Ryan Anderson and Courtney Lee.

Let's break those two names down, starting with Anderson. He's from Sacramento and has been linked to the Kings already this offseason. However, the additions of big men Georgios Papagiannis and Skal Labissiere in the draft could hurt the Kings' chances. They already have five big men under contract and GM Vlade Divac has said the team is "set with big guys." But Anderson is a stretch-four and does provide the shooting the Kings currently lack.

As for Lee, he makes much more sense. The Kings have a massive hole at SG, with Marco Belinelli in Charlotte and Seth Curry (who plays some point as well) a free agent. Lee could be brought on while Malachi Richardson and Ben McLemore (unless he's traded) continue to develop.

What About Point Guard?
Lee and Anderson don't fill the team's biggest need at the moment: point guard. Rajon Rondo is a free agent, Darren Collison is facing domestic violence charges and Curry might leave as well. The Kings drafted Isaiah Cousins late in the second round, but still need help. Divac has said he's open to Rondo returning and that might be the Kings' best option. It's a down free agent class for point guards, which could force the Kings to bring back Rondo.

Follow our Sacramento Kings team page for all the latest Kings Rumors, or download the Chat Sports App!