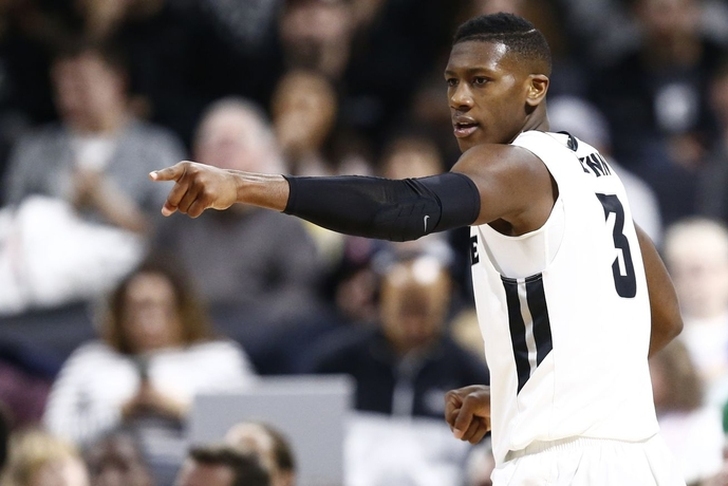 The Sacramento Kings weren't competitive (again) in 2016, causing them to fire George Karl and hire Memphis' Dave Joerger to be their head coach. That has brought a renewed sense of optimism surrounding the team as they try to make the offseason moves necessary to help them make the playoffs for the first time in over a decade. Here's all the latest buzz surrounding the Kings:

Kings targeting Kris Dunn in draft?
Sacramento is projected to have the No. 8 pick in the NBA Draft, though that could change after Tuesday's draft. Sacramento is obviously hoping to get lucky and jump into the top three, but if they don't, they could try to trade up a few spots to draft Providence's Kris Dunn, according to the Sacramento Bee:

The Kings are slotted to select eighth in the first round, which would likely take them out of the running for Providence’s Kris Dunn, widely considered the best point guard in the draft. Some luck in the lottery could put Sacramento in position to draft Dunn, but if not, the Kings could look to trade up for him or move down to select a point guard later in the first round.

Other options?
The Kings almost met with several other prospects at the combine, but three others stood out in significance - Kentucky's Skal Labissiere, Cal's Jaylen Brown and Oregon State's Gary Payton II:

Cal forward Jaylen Brown said his interview with the Kings was fun, Vlade and Peja joked and kept the mood light and less stressful

Gary Payton II also described his Kings interview as fun. Vlade Divac might have a career in stand up comedy, too.

Labissiere and Brown are both projected to be lottery picks and are backup options for their first-round pick if they don't get Dunn. Payton is a second-round prospect.