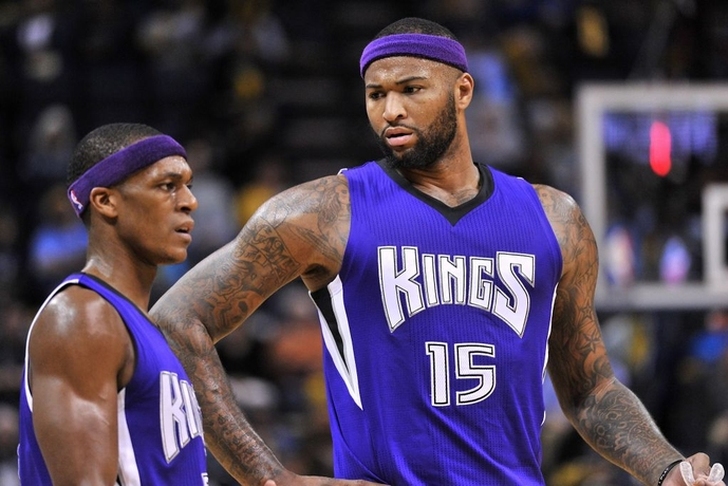 The Sacramento Kings looked like a potential playoff team just over a month ago, but the wheels have fallen off since then, losing 13 of their last 18 games. They now rank 10th in the Western Conference, but are five games back of the Houston Rockets for the No. 8 seed. Let's get you up to speed with the week that was and the week ahead with our Kings Weekly update:

Last Week:
Sacramento closed a three-game homestand last Monday in a bad way as they fell 131-116 at home to the Oklahoma City Thunder, which was headlined by Cousins nearly punching OKC center Steven Adams, but ultimately restrained himself.

The Kings then started a four-game road trip on Wednesday, but the results weren't much better, losing 104-98 to the Memphis Grizzlies despite 16 rebounds from DeMarcus Cousins and 17 assists from Rajon Rondo. However, Sacramento finally found themselves in the win column the following night, beating the Dallas Mavericks 104-101 behind 22 points and 13 rebounds form Cousins. The win also snapped a 22-game losing streak for the Kings in Dallas.

Sacramento's success was shortlived as a road matchup against the San Antonio Spurs loomed on Saturday. The Kings had a great fourth quarter in an effort to end San Antonio's home win streak, but ultimately fell short, losing 104-94.

What's Next?
The Kings finish up their road trip Monday night against the New Orleans Pelicans, then start a three-game homestand by hosting the Cleveland Cavaliers on Wednesday. Winnable matchups against the Orlando Magic (Friday) and Utah Jazz (Sunday) close out the week for Sacramento. Read more Kings news in the Chat Sports iPhone and Android apps.

Injuries:
Forward Rudy Gay (shoulder) and guard Rajon Rondo (thumb/toe/ankle) are listed as probable for tonight's game against the Pelicans.

What They're Saying:
Sacramento Kings Rely Too Much On “Big 3” For Wins