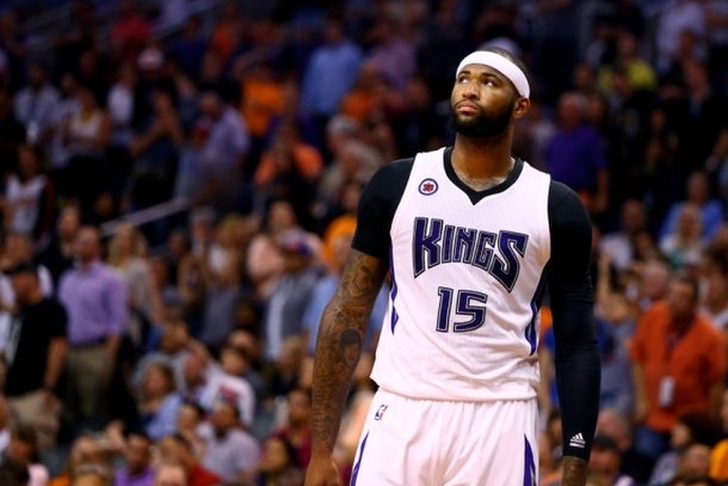 The Miami Heat, Boston Celtics, and Chicago Bulls are all heavily pursuing a potential trade for Sacramento Kings big man DeMarcus Cousins, according to Sheridan Hoops, though no deal is imminent.

Sacramento is listening, but the Kings are in a holding pattern and currently have no plans to make a deal despite sitting in 13th place in the 15-team Western Conference, the sources said.

But should owner Vivek Ranadive, general manager Vlade Divac and coach George Karl decide to change course, they have been made acutely aware what is available from the Celtics, Heat and Bulls.

Boston has been pursuing Cousins for almost a year, and were close making a trade with the Kings for him this offseason. The Celtics would have to give Sacramento several of their draft picks to make this happen, including Brooklyn's unprotected first-round pick this year and in 2018. They have also made a few of their young players available as well as the expiring contract of David Lee.

Miami has reportedly told Sacramento that center Hassan Whiteside and rookie Justise Winslow would be the center of any potential deal. Chicago has made veteran big men Taj Gibson and Joakim Noah available, along with rookie Bobby Portis and draft picks.