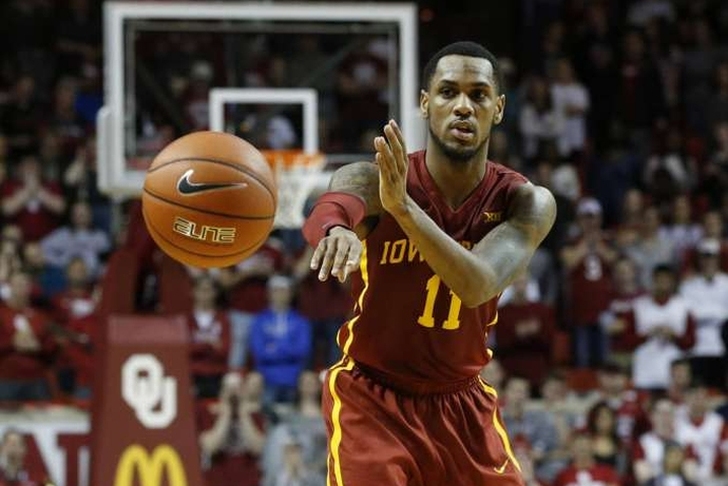 The Sacramento Kings are looking to address their point guard needs in the upcoming NBA Draft, and they are targeting Kentucky's De'Aaron Fox with the first of their two top 10 picks.

However, Fox is far from the only point guard they're interested in or may take. After interviewing Iowa State's Monte Morris at the NBA Combine, they had him in for a workout earlier this week. He appears to be high on their board as a second round prospect, according to Matt Kawahara of the Sacramento Bee.

The Kings have the fifth and 10th overall picks and an early second-rounder at No. 34, but they have needs at point guard. Darren Collison and Ty Lawson are both unrestricted free agents and Langston Galloway, the Kings’ lone point guard under contract for next season, could opt out of the final year of his two-year deal if he wants to test free agency.

Morris interviewed with the Kings at the draft combine earlier this month in Chicago and said Monday he thought the meeting went well.

“When I walked in the room, it felt like love,” Morris said. “It was about 16 of them. I was nervous at first. But I opened up. It was a great interview. I feel like that was my best one, as far as just the way everybody vibed with me and everything.”

“He said he’d love to play alongside me,” Morris said. “Here would be a great spot. I don’t know their situation, but if they do need a point guard, and I’m that guy, I’ll be ready to put on that black and purple for sure.”

Even if Sacramento takes Fox or another point guard with one of their top 10 picks, that doesn't mean they won't take Morris. Their personnel losses show they need depth at the position as well as a starter, and Morris projects to be a quality backup at the NBA level.