Here Are 3 Possible Draft Day Trades The Kings Could Make 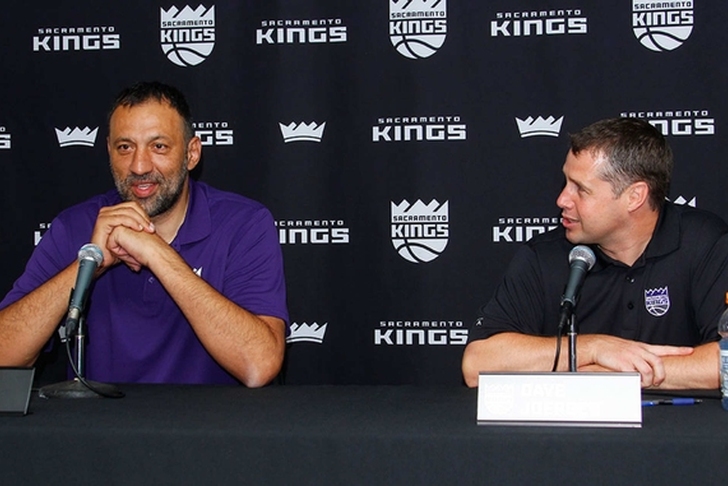 The Sacramento Kings hold two top-10 picks in this year's NBA Draft, along with a second round pick (No. 34). That gives them plenty of flexibility when it comes to possible moves, which they are exploring in this deep and loaded draft class. Here are three potential draft day trades the Kings could make:

Philadelphia and Boston have a deal in place that would give the 76ers the No. 1 pick and the Celtics the No. 3 pick, but that is contingent upon Josh Jackson being available with the third selection. But what if the Lakers pick Jackson at No. 2 after the Celtics pick Fultz No. 1? Suddenly, that trade is off and Lonzo Ball is still on the board.

Sacramento really likes Ball and need a superstar to build around - and they think Ball could be that guy. The 76ers and Kings have already talked about a deal along these parameters, making it a real possibility. But, that's only if Ball is still on the board.

There's plenty of very talented, high-upside players that figure to be available early in the second round, so there's a chance that Sacramento could get more than this in return. The Kings need more picks for their massive rebuilding effort, and in a deep class, there will be some viable NBA players available in the second round. Adding more picks is never a bad thing for them.

Since it looks like the 76ers will trade the No. 3 pick to Boston, Sacramento isn't likely to move their No. 5 pick. That's a chance to add a legitimate star in this draft, and with a roster with as many holes as theirs, they need to find one. However, they should be open to trading down because of all the needs they have.

Enter the Trail Blazers, who have three first-round picks. They need a big man, so if Jonathan Isaac or Lauri Markkanen are sitting there at No. 10 (or if they are that much in love with Harry Giles, as reported), they will look to trade up - and this deal would give Sacramento another first-rounder to help their rebuilding effort. There's still plenty of quality mid- and late-first round prospects, too.