VIDEO: DeMarcus Cousins Had To Be Restrained By Teammates After His Ejection Last Night 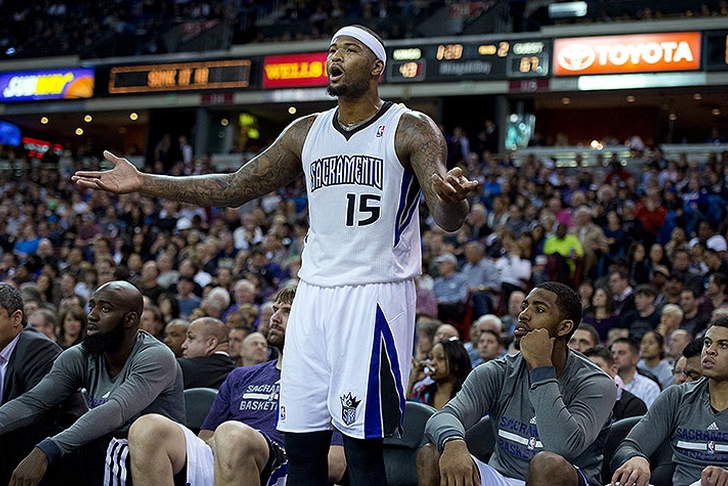 DeMarcus Cousins had done a great job controlling his temper this year, and to both fans and NBA execs, it looked like the third-year center had turned a corner. Last night, though, Cousins lost it after picking up his fifth foul against the Rockets in the third quarter, and things turned ugly after he was whistled for his second technical:

Cousins, to his credit, issued an apology on Twitter after the game:

Disappointed with the way I acted out on the court tonight. I want to apologize and say sorry to my team and the fans for letting them down

It's impossible to deny that Cousins has tremendous potential, and for his sake (and the NBA's sake), we hope this is the last time he has to apologize for his conduct, on or off the court.