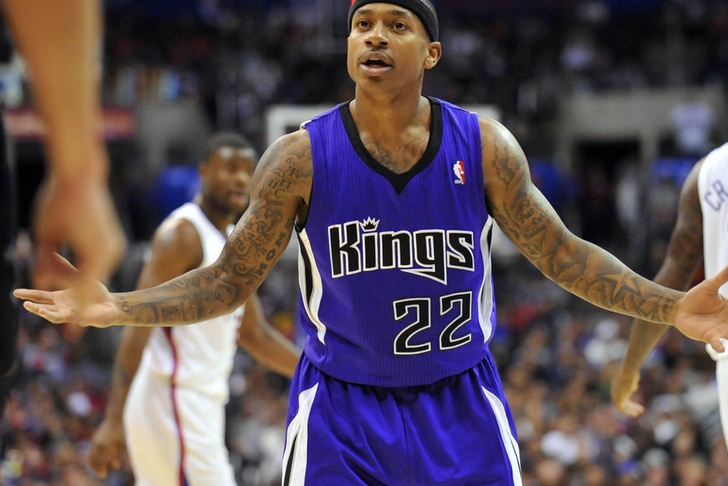 So a few things: This Kings team chemistry is teetering badly. Factions are being formed in the locker room. Not a great situation.

I believe over the next few days/weeks, these infights will come out. Guys are frustrated with each other and it is spilling onto the floor.

Coach Malone is being tested pretty hard right now. He's holding these guys together with string and bubble gum. Things are bubbling up.

I firmly believe that this, along with obvious reasons, will lead to more moves by the front office. This roster has more changes coming.

There is one common denominator to most of the player on player confrontations. I'll leave it to you to guess who.

Guys, the one guy who won't be traded, the ONLY untouchable on this team, is Cousins.

So, what's the deal? We've heard from multiple sources now that the lightning rod in this situation is PG Isaiah Thomas. While DeMarcus Cousins might be the first name that comes to mind when you think "locker room turmoil", Cousins is one of several Kings frustrated with Thomas and his reluctance to share the ball.

Despite encouraging wins over Miami and Houston, Sacramento has lost seven of their last 10 games, and back-to-back losses to Philadelphia and Charlotte have escalated the tension in the Kings' locker room. Thomas has also been guilty of lacking intensity on defense, and several teammates were angered on Saturday when Thomas called out Quincy Acy - one of the team's few legitimate contributors on defense - for failing to stop Thomas' man when he blew by him to the rim.

Rudy Gay is supposedly also part of the faction growing tired of Thomas, and the friction is raising concerns in the Kings front office that Gay and Thomas might be unable to coexist in the same offense.

As Carmichael noted, the only player the Kings absolutely wouldn't trade is Cousins. Thomas, despite his potential, is a young asset who could be worth another high-potential player or draft picks that could help accelerate Sacramento's rebuilding process. As this scenario plays out over the next few weeks, don't be surprised if the Kings start shopping Thomas around to see what kind of value he could bring - if they haven't already.