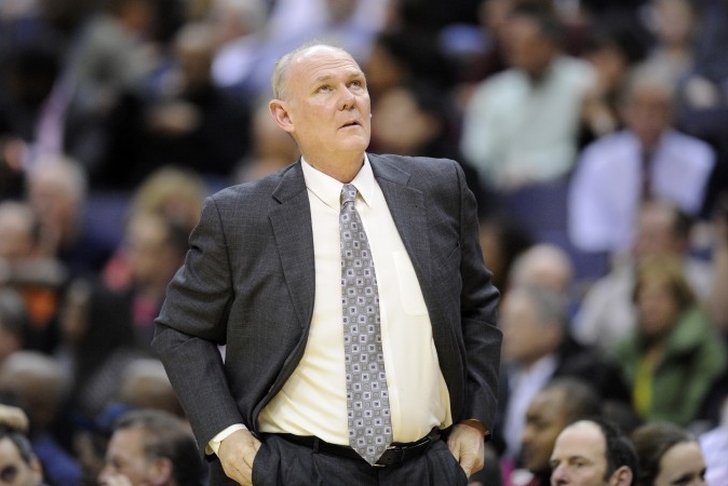 For the vast majority of Sacramento Kings fans, the news that George Karl was close to a deal with the team was the best news they'd heard all season. Then, suddenly, rumors started to spread that DeMarcus Cousins was - for some inexplicable reason - against the hire, and there were whispers that his discontent could torpedo the move.

Here's how we got here:

- Karl and the Kings are deep in talks, and very close to agreeing to a deal if they haven't already. The unfortunate passing of coaching legend Dean Smith - a close friend of Karl's - has much more to do with the holdup than anything Cousins-related.

- Cousins has no beef with George Karl as a person or as a coach. His concern (which might turn out to be more about his agents than about the player himself) is more about the Kings' lack of trust and consistency. His reps were against the Mike Malone firing, and they're highly concerned that the team is now going back on its promise to finish out the year with Ty Corbin. If coaches can't trust the front office, they're worried that players can't either.

- Karl's deal will be worth between $4 and 5 million per year, per USA Today sports. One holdup is reportedly the 4th year of the deal, which Karl wants to be guaranteed. Sacramento wants it to be a team option.

- While Cousins has no strong opinions on Karl either way, there are players on the team who aren't fans. Per Jason Jones of the Sacramento Bee, some members of the team don't like Karl and weren't impressed by his social media campaigning.

- While we're still at a stage where things could fall apart, pretty much everyone we've heard from or talked to is saying the same thing: Corbin will be fired as soon as we hit the All-Star Break, and George Karl's first game as Kings HC will be February 20 against Boston.