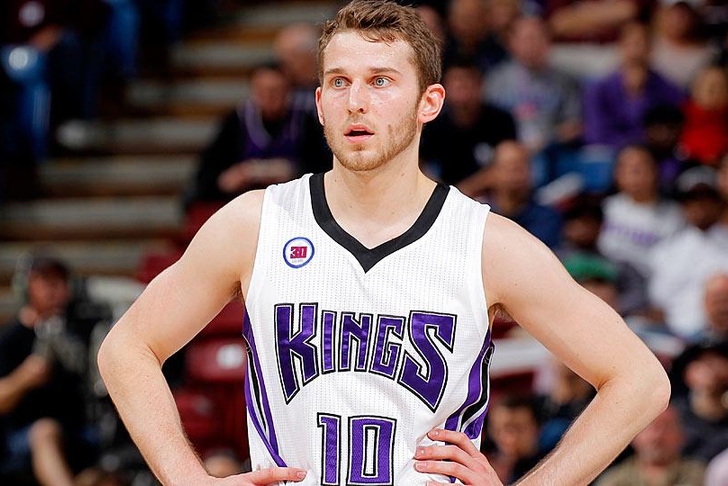 The Sacramento Kings still aren't willing to give up on this year's playoffs, and they're looking to bring in some frontcourt help for DeMarcus Cousins to make it happen.

CBSSports.com reports that in order to facilitate a deal, the Kings are willing to part with rookie SG Nik Stauskas. The problem? The offers they get might not be as interesting as they've hoped.

So far, Stauskas has failed to make any kind of impact in Sacramento. Seen as a three-point gunner at the NBA level, Stauskas is shooting just .272 from behind the arc and .331 from the field.

Some of his struggles are no doubt due to adjustment to the NBA and his turbulent rookie season. Stauksas was starting to get more minutes and find a rhythm under Mike Malone, and he averaged 19 minutes per game while shooting 40% in the last four games before Malone was fired. Ty Corbin immediately cut his minutes, and while he's working his way back to what he was getting under Malone, the shooting still hasn't materialized.

Making things even harder for Stauskas has been the emergence of Ben McLemore - the second-year SG out of Kansas has been steadily improving, and he's shooting .463 from the field and .365 from behind the arc. With owner Vivek Ranadive more concerned with wins than player development, McLemore is going to be the guy until Stauskas can find his shooting stroke.

The Kings are after a "high level" player, according to CBS, and they're reportedly willing to part with Derrick Williams and Reggie Evans to make it happen. They'll have to hope that's enough.