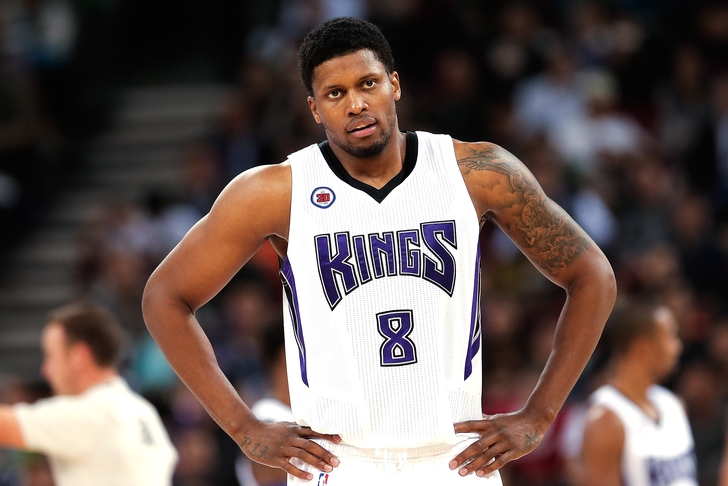 On Friday night, there wasn't much the Sacramento Kings could do.

Klay Thompson going nuclear in the third quarter will obviously be the main story, but it overshadowed a worrying trend with the Kings that just seems to be getting worse.

Last season, Rudy Gay played in 73 games between the Raptors and the Kings, and he picked up three technical fouls in the process. In his career, he had only been ejected once. So far in 2014-15, Gay has seven technicals and an ejection, and it isn't even February yet.

DeMarcus Cousins was supposed to be the one with trouble controlling his temper, but Cousins actually has three fewer techs than Gay so far this season. Against Golden State, Cousins stayed cool despite hard fouls, questionable calls, and an exasperating performance from the other team. Gay was tossed with 8:15 left in the second quarter, and he exited the game with zero points on 0-5 shooting.

It's obvious that there are some deep-seated frustrations in Sacramento right now, but Gay's disciplinary record should be getting more attention. Only four players have picked up more techs this year, and Gay - currently averaging 35.3 minutes per game - is too important to this Kings team to be getting kicked out of games. If Sacramento wants to salvage something positive out of this season (not an easy task at this point) they need to start by addressing the team's mentality. If frustrations keep boiling over, things are only going to get worse.