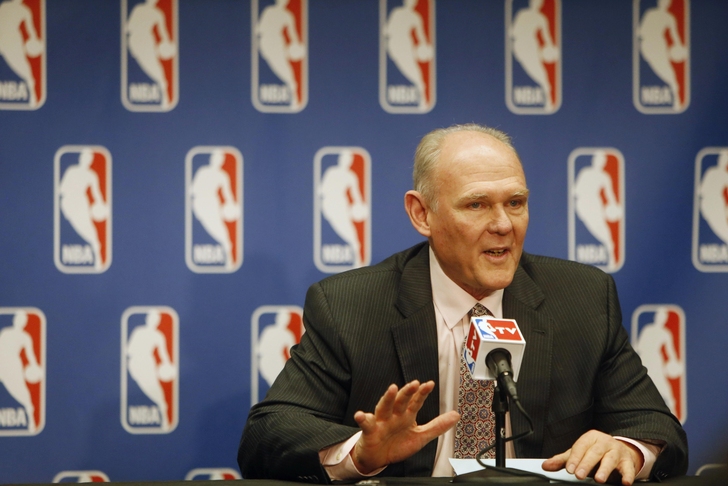 According to Yahoo! Sports' Adrian Wojanarowski, there is currently a "rapidly diminishing belief" that the Sacramento Kings will hire veteran head coach George Karl, despite what was reported to be advanced talks on Saturday:

Per USA Today's Sam Amick, Karl's history with two of Cousins' agents may be a big part of the current impasse:

Karl's personal past with a number of influential members in and around the Kings organization remains relevant as well, as he previously coached Kings advisor Chris Mullin and has history with the two agents who represent franchise centerpiece DeMarcus Cousins as well. Cousins' day-to-day agent, Jarrin Akana, worked with Karl in Denver and was re-assigned from assistant coach to scout when Karl took over for coach Jeff Bzdelik in 2005. Dan Fegan, Cousins' lead agent, represented Karl's son, Coby, as a player for years before he was eventually replaced. That circle, by all accounts, has been against the notion of adding Karl.

Amick also adds that there has been "serious resistance to George Karl" from some of the Kings' minority owners, adding credence to the notion that this may be an untenable situation altogether for Sacramento and the sixth all-time winningest coach in NBA history.