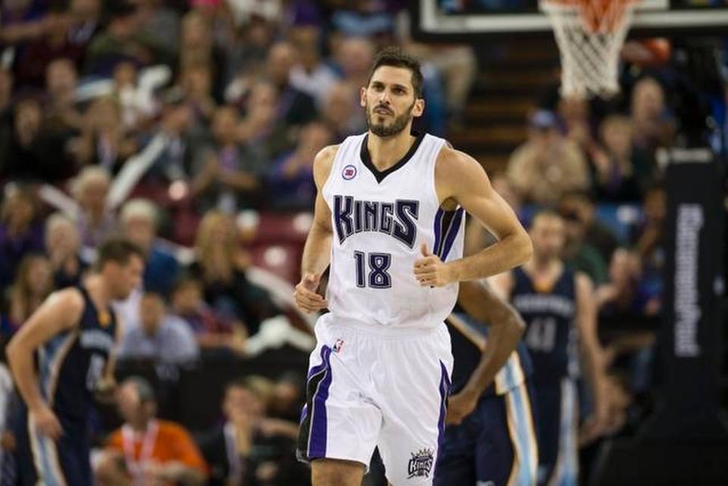 The Sacramento Kings are still missing two key reserves, and Omri Casspi (knee bone contusion) and Ramon Sessions (lower back strain) have been officially downgraded to out for Friday vs. Denver.

Backup PG Sessions has missed Sacramento's last seven games, and Israeli SF Casspi has now missed three since injuring his knee against the Boston Celtics on December 31. Both are averaging over over 17 minutes per game for Sacramento's second unit, with Casspi pitching in with 7.9 ppg and Sessions putting up 6.1 points and 2.5 assists per contest.

Missing Casspi and Sessions didn't cost Sacramento too dearly on Wednesday, when they used an impressive defensive effort to rout the Oklahoma City Thunder, 104-83. DeMarcus Cousins, Rudy Gay and Darren Collison all finished with over 20 points, and the Kings snapped a 12-game losing streak to the Thunder in the process.

Sacramento still hasn't officially set a return date for Casspi or Sessions, but neither is expected to miss much more time. While Sunday's game against Cleveland might be too early, the fact that both are listed as day-to-day makes it seem highly likely that they could return for next Tuesday's game against the Dallas Mavericks.

The Kings are now headed into the second game of a six-game homestand, after which they play six of their last seven games in January on the road.