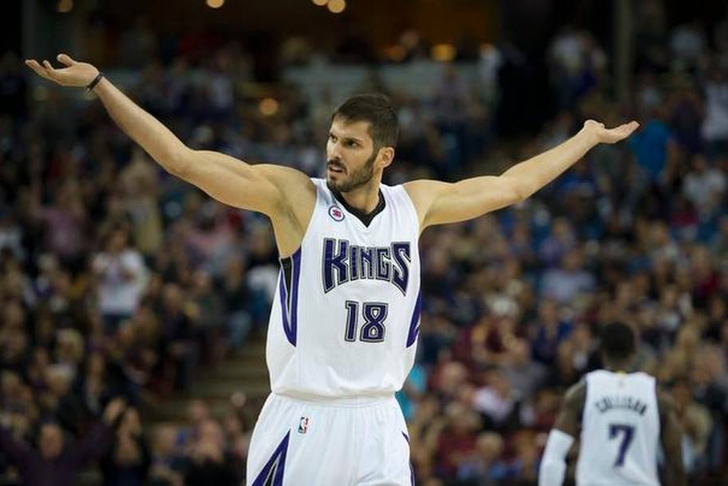 The Sacramento Kings are getting healthier, but they still aren't back to full strength - and with the Oklahoma City Thunder coming to town Wednesday, they'll be hoping two of their key reserves can make a speedy recovery.

Omri Casspi (knee) and Ramon Sessions (back) both missed practice Tuesday. Casspi missed Sunday's loss to the Detroit Pistons and last week's win over Minnesota with a knee issue, while Sessions has missed the last six games with a lower back strain. While both are getting ready to make their return, their availability for Wednesday is still in doubt.

Casspi has put in some solid performances this year, averaging 7.9 points and 3.6 rebounds in 18.2 minutes per game, but his shooting has certainly been less impressive. While Casspi has a career-high .532 field goal percentage, his three-point shooting has virtually disappeared. When Casspi made his NBA debut with the Kings in '09, he was shooting .369 from behind the arc, but he's slipped to an abysmal .188 mark this season.

Sessions has also struggled from the field - he's shooting just .353 this year - but on a roster thin at the point guard position, the Kings need him to provide depth. Sessions is playing 17.1 minutes per game when healthy, and he had upped his percentage to a more respectable .383 in December before his back injury. Because of said injury, Sessions has appeared in just three games since Mike Malone was fired on December 15.

Sacramento's game against OKC kicks off a six-game homestand - the team will also host Denver, Cleveland, Dallas, Miami, and the LA Clippers.