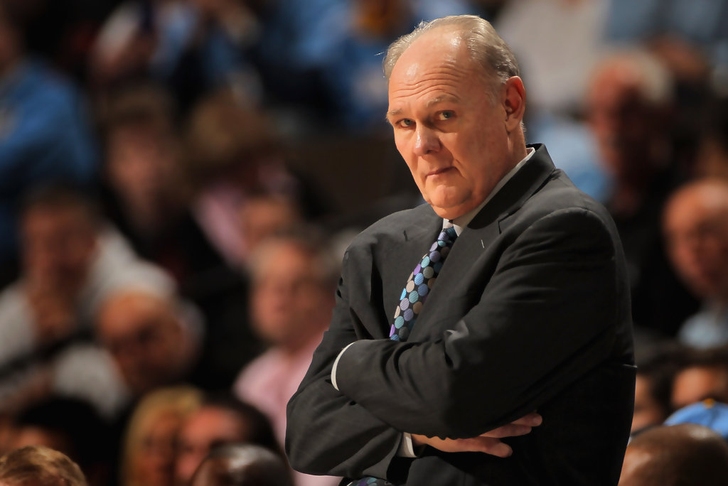 With Denver in town to play the Sacramento Kings on Friday, it wasn't too much of a surprise that George Karl's name came up.

Karl, the 2013 NBA Coach of the Year, remains unemployed, and the Kings - 4-8 since firing Mike Malone on December 15 - haven't exactly flourished under interim HC Ty Corbin. Nuggets star Ty Lawson and several teammates all were asked about Karl by the media, and everyone said he'd be an excellent choice in Sacramento:

"They want to run an up-tempo pace, and George is the perfect coach for that," Lawson told the Denver Post. "He knows how to manage people. [Sacramento] has a great team here, but I haven't really given it much thought if Karl should come here. I'm just concentrating on getting the Nuggets back into the playoffs."

"That passion for coaching is still there," Nuggets SG Arron Afflalo said. "He's had elite talent to work with before, and there are a few guys on the Kings who are like that."

The Kings have been adamant that Corbin will have the chance to finish out the season, and Sacramento's front office has said they won't re-evaluate their coaching situation until that happens. If Sacramento continues to struggle on the court, though, it's a safe bet that GM Pete D'Allesandro and owner Vivek Ranadive will quietly explore other options before that. It's a safe bet George Karl's name will be on that list.