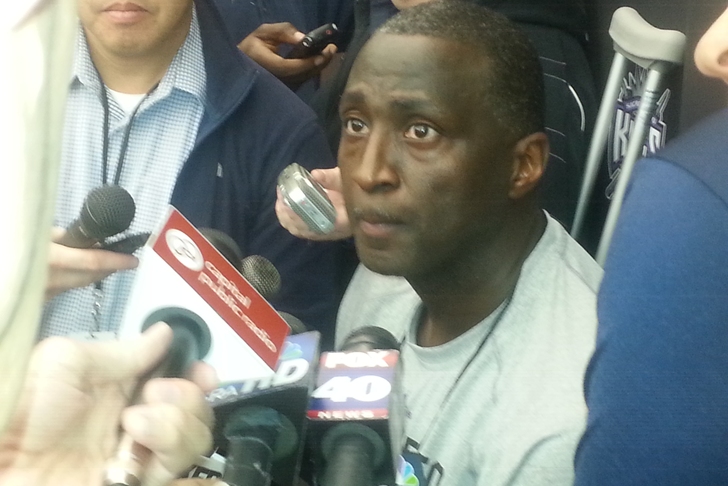 The Tyrone Corbin 'interim' era of Sacramento Kings basketball should at least carry through the 2014-15 NBA season.

Per James Ham of Cowbell Royalty, "according to an NBA source, the Sacramento Kings inked Tyrone Corbin to a contract to coach the team through the end of the 2014-15 season more than a week ago.  Corbin originally signed a two-year contract as an assistant coach under Michael Malone."

2014-15 marks the second time that Corbin has taken over a team midseason. The former NBA player stepped in for the legendary Jerry Sloan when he left the team during the 2010-11 season. He coached the Jazz to a 112-146 record from 2011-14, before he was let go by the team in April of this year.

The Kings have posted just a 2-5 record with Corbin at the helm so far, regressing visibly on the defensive end while it attempts to implement an ownership-friendly high-octane offense.