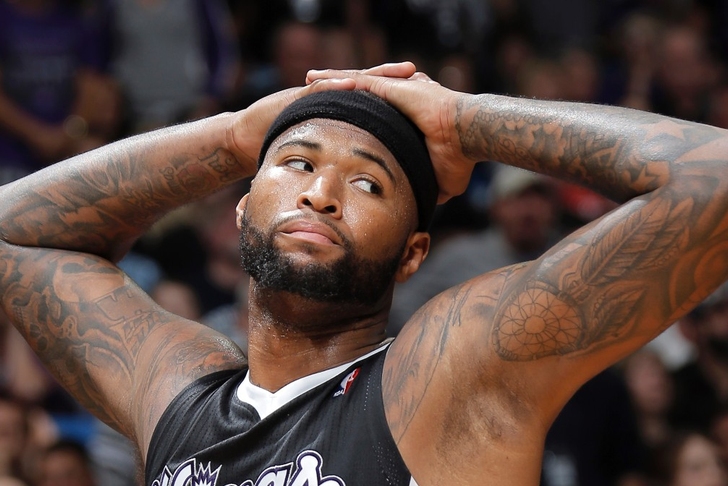 News first broke over a month ago that the Sacramento Kings are looking for frontcourt help for DeMarcus Cousins...and while no moves have materialized, it sounds like Pete D'Allesandro and the Sacramento front office aren't giving up yet.

Yahoo! Sports has been on top of the Kings' trade situation from the beginning, with insider Adrian Wojnarowski first breaking the news and regular updates from Woj and Marc Spears coming in the weeks that followed. In Spears' latest NBA Power Rankings, he reveals that the Kings are still in the hunt for a big man who can help take some of the load off of Cousins, who was named an injury replacement for the NBA All-Star game last week.

Cousins is averaging 34 minutes per game - not THAT ridiculous at first glance - but his rebounding numbers are nearly double what anyone else on the team is putting up. Derrick Williams and Jason Thompson have both had largely disappointing seasons so far, with both forwards shooting under 47%, and backup centers Ryan Hollins and Reggie Evans have been unimpressive in limited minutes.

The Kings have explored several trade options, and the team is reportedly willing to part with 2014 first-round draft pick Nik Stauskas to make a deal happen. Stauskas was drafted to be Sacramento's three-point gunner, but he's shooting just .274 from behind the arc so far this season. While many players require time to adjust to the NBA three-point line, it sounds like Sacramento's patience may be waning.