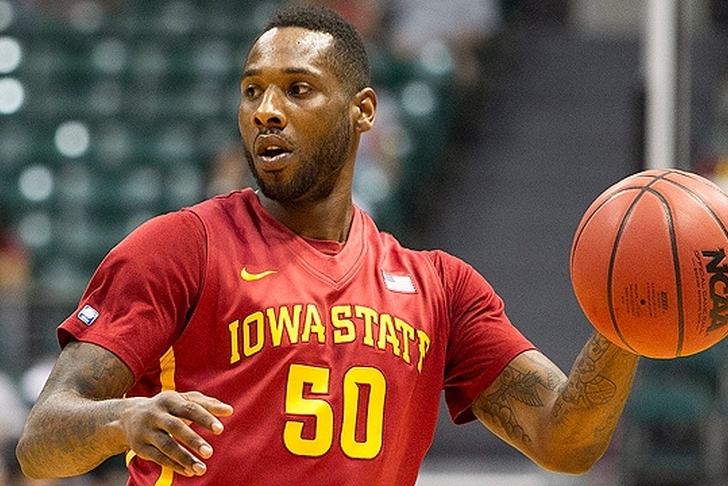 The Sacramento Kings have always been one of the leading NBA teams when it comes to identifying talent overseas, and that won't be changing under Vivek Ranadive's ownership. Per a RealGM report, Sacramento is one of three NBA teams tracking former Iowa State PG/SG DeAndre Kane.

Kane surprisingly went undrafted last Spring, with teams reportedly getting cold feet due to several factors including his free-throw shooting (just .635 in his senior season) and his age compared to that of his opponents (Kane turned 25 last June, leading to speculation that he had less room for improvement than other prospects). After the draft, Kane played for the Los Angeles Lakers' summer league squad before signing for Russia's BC Krasny Oktyabr along with former Kentucky standout DeAndre Liggins.

After a few months in Russia, Kane moved to Belgium to play for Antwerp, where he's currently excelling. Kane is averaging 14 points, 5.7 rebounds and 5 assists in EuroChallenge play.

Along with the Kings, the Boston Celtics and Utah Jazz are also tracking Kane's progress. All three teams will likely try to get him onto their summer league squad, with his current deal making a move this season unlikely.