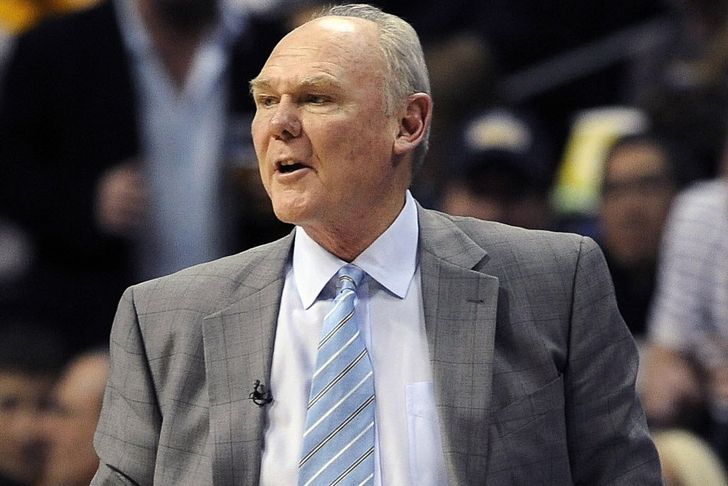 The Sacramento Kings are sticking with Ty Corbin for the immediate future, but speculation over who the coach will be going forward remains a hot topic in the Central Valley.

After Mike Malone was fired in December, George Karl was almost immediately linked to the vacant position. The NBA Coach of the Year in 2013, Karl was fired by the Denver Nuggets a month after receiving the award. Instead of Karl, Kings GM Pete D'Allesandro and owner Vivek Ranadive elected to promote assistant Ty Corbin, then re-evaluate the situation in the summer.

Corbin's results haven't been good enough to give him much job security - the Kings are now 5-13 under Corbin after going 11-13 under Mike Malone. If Malone's results weren't good enough for management, it's hard to see Corbin's inferior record cutting it.

This opens the door for Karl to come in this summer, and he's still very interested, per USA Today's Sam Amick:

...Even Karl admits he's not sure how to read all the tea leaves when it comes to all those prior relationships and how they affect his chances at the Kings job, but he's still hopeful that Sacramento might be the next coaching stop. As for the Kings' plans, a person with knowledge of their situation told USA TODAY Sports that – barring an unexpected playoff push by Corbin — Karl is likely to be among the candidates who receive consideration this summer. The person spoke on the condition of anonymity because of the private nature of the coaching search process.

The 'prior relationships' in question are both good and bad for Karl - he worked with GM Pete D'Allesandro and other current Kings officials while with the Denver Nuggets, but he has a rocky history with team advisor Chris Mullin, who he clashed with when he was coaching the Golden State Warriors.

For every Kings news story out there and live scores for all your teams, download our groundbreaking mobile app today!