Sacramento Kings News: DeMarcus Cousins Gets All-Star Boost Thanks To His Support For Mike Malone 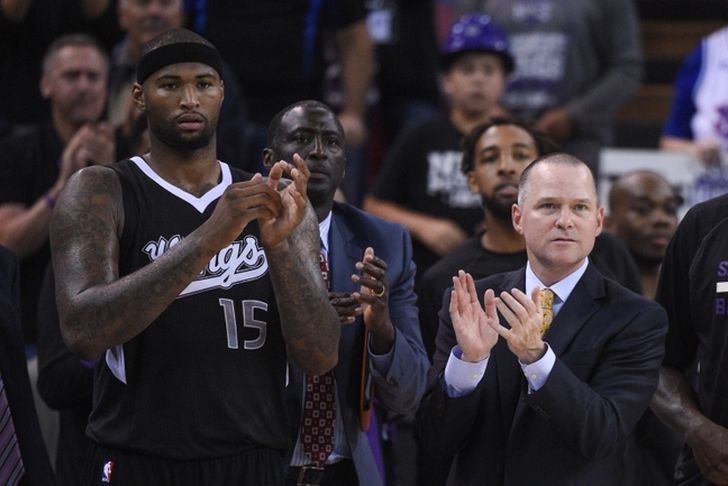 DeMarcus Cousins is still one of the players on the All-Star bubble - while Kings fans and those that have watched him play this year are unanimous that he deserves recognition, the amount of talent in the Western Conference makes his inclusion far from a done deal.

According to Adrian Wojnarowski of Yahoo! Sports, Cousins got an unexpected boost to his candidacy thanks to his support of former coach Mike Malone:

Something that reflected well on DeMarcus Cousins with several Western coaches in All-Star voting: His public backing of Michael Malone.

While it would be nice if on-court play was the only thing that determined who goes to the All-Star game, that clearly isn't the case...especially with a rapidly-decomposing Kobe Bryant voted into the starting lineup. Cousins has clearly made an impression on Western Conference coaches with his growing maturity, and with such a competitive All-Star field, he'll take what he can get.

Cousins placed 7th in Western Conference frontcourt voting, with Anthony Davis, Marc Gasol and Blake Griffin voted in as starters. Tim Duncan, Kevin Durant, and LaMarcus Aldridge all received more votes than Cousins, who currently ranks 4th in the NBA in points per game (24.2) and 3rd in rebounds per contest (12.6).

The final, complete All-Star rosters will be announced Thursday night at 7:00 PM on TNT.