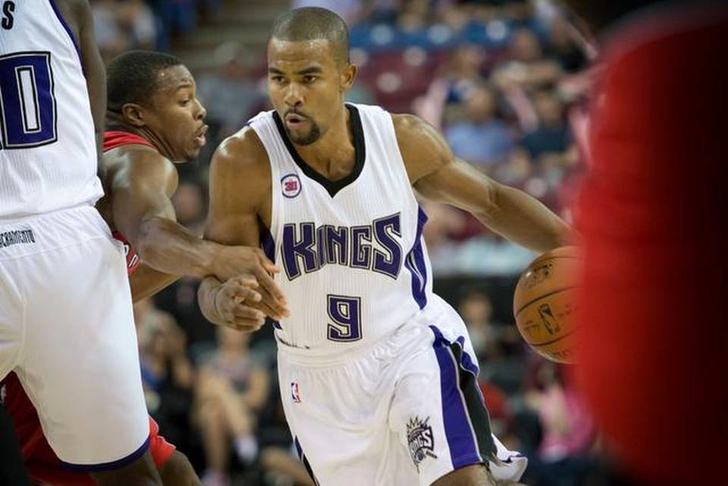 The Sacramento Kings have had a hard time figuring out what to do with backup point guard Ramon Sessions this season...but it sounds like that could be someone else's problem in the near future.

Sessions has failed to make an impact on this year's Kings, with averages of just 5.7 points and 2.6 assists in 17.1 minutes per game. Sessions is shooting just .342 from the field, and his often-maligned defense hasn't exactly improved either. Sessions hasn't been helped by injury problems, with a back issue keeping him out for a good chunk of late December and early January.

The Kings are in luck, though - Charlotte's Kemba Walker is set to undergo season-ending surgery, and according to Yahoo! Sports' Adrian Wojnarowski, the Hornets are looking at Sessions as a possible replacement.

Clearly, the Hornets must think Sessions would benefit from a change of scenery - if he plays like he has for the Kings so far, this wouldn't end well in Charlotte. The Hornets aren't looking for him to step into Walker's starting role, though, and would only be asking him to play backup for Brian Roberts if a move ends up happening.

Sessions has been solid for the Hornets in the past - in two unconnected seasons with the team, he averaged 14.4 and 10.5 points off the bench, shooting above 40% and dishing out just under four assists per appearance.

The Kings wouldn't be too sorry to see Sessions go - in addition to his poor play, the Kings would be able to find more minutes for their trio of young guards in Ray McCallum, Ben McLemore and Nik Stauskas. The Hornets are also interested in Miami's Norris Cole, so a deal isn't guaranteed, but Cole's higher asking price and Sessions' availability means he's a more realistic target for Charlotte at the end of the day.