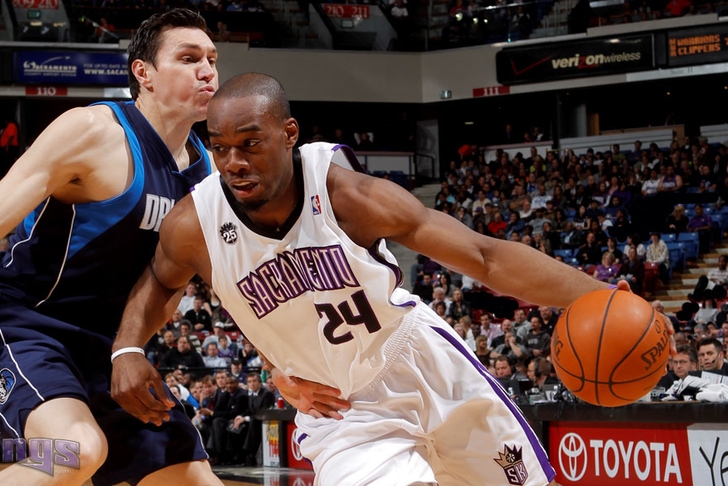 Sacramento Kings PF Carl Landy will miss Friday's game against the Golden State Warriors, his fifth after hurting his wrist against the Dallas Mavericks on January 13.

Landry is averaging 8.2 points and 4.4 rebounds in 18.7 minutes per game for the Kings this season. One of the few reliable bench players in the Kings' rotation, Landry's presence has been sorely missed. The Kings are 0-4 without Landry this season, and he had bounced back surprisingly well after an injury-plagued 2013-14 campaign.

Landry missed the first three months of Sacramento's 2013-14 season after offseason hip surgery, and he tore the meniscus in his right knee after just 18 games. The 31-year-old Landry has struggled to stay healthy throughout his career - in his six previous NBA seasons, he's averaged just under 68 games per year.

Jason Thompson, Derrick Williams and Reggie Evans will once again step in to fill Landry's minutes - Ty Corbin got Williams and Evans more involved after Landry first went out, but the two played sparingly against Brooklyn on Wednesday as the starters all played heavy minutes.

The Kings are 0-2 against Golden State this season, and both losses have come by at least 20 points. Sacramento lost their season opener to Golden State at home, 95-77, and the Warriors won the rematch at Oracle Arena 128-108 on December 22.