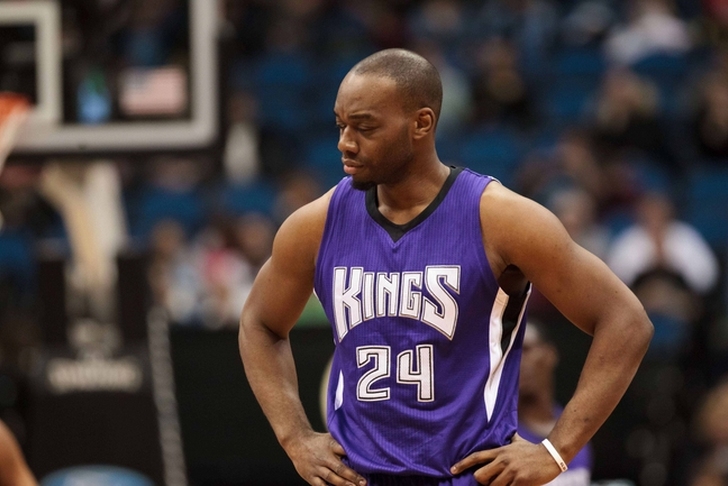 The Sacramento Kings are very close to getting one of their key bench players back, and he could make his return Wednesday against the Toronto Raptors.

Carl Landry has missed Sacramento's last five games - all losses - as he recovers from a wrist injury, but Jason Jones of the Sacramento Bee reports he practiced on Tuesday and could be available for Wednesday's game. Landry has been one of the Kings' few consistent and productive bench players this season, and he has the team's second-highest field goal percentage (.535), trailing just C Ryan Hollins.

Sacramento is already short on frontcourt depth with Landry healthy, and the second unit has struggled to get rebounds in his absence. The Kings got the benefit of an extra rest day thanks to the postponement of Monday's game against the Nets (inclement weather in the New York area forced the league to reschedule), so Landry is effectively available "sooner" in the schedule than he otherwise might have been.

With Landry out, DeMarcus Cousins has been forced into extended action - while Cousins is averaging just shy of 34 minutes per game this season, he's averaging 38.5 over his last five. GM Pete D'Alessandro is still on the lookout for frontcourt help (with Ramon Sessions and Nik Stauskas mentioned as possible trade chips), and seeing coach Ty Corbin leaning so heavily on Cousins could force the team into action sooner rather than later.