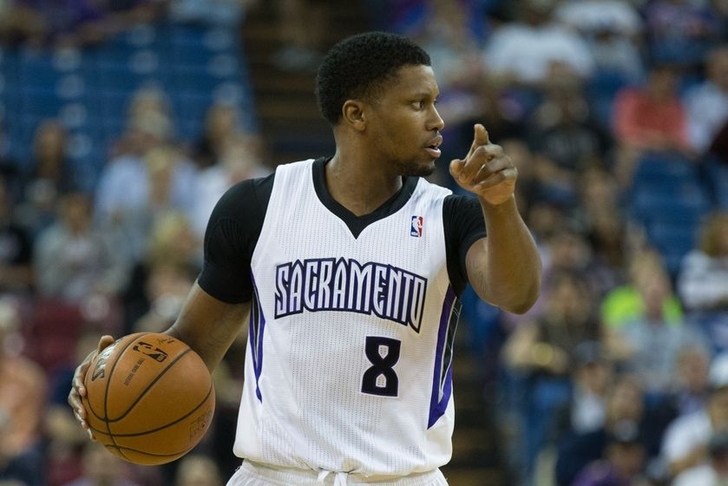 The Sacramento Kings are currently 14-20, and the playoffs no longer look like a realistic goal for this season. After a 1-3 road trip that ended with a 19-point loss to Detroit, Sacramento begins a six-game homestand by hosting the Oklahoma City Thunder on Wednesday.

While the homestand looks like a chance for DeMarcus Cousins & co. to right the ship (the team is now 3-7 after firing coach Mike Malone), it won't be easy - after Oklahoma, the Kings host Denver, Cleveland, Dallas, Miami, and the L.A. Clippers. Four of those six teams are locks to make the playoffs, and Oklahoma City would easily be in that group if not for the early injuries to Kevin Durant and Russell Westbrook. While Denver looks like the easiest opponent in that group based on their record (and the fact that Sacramento has already beaten them twice this year), Cleveland is also a team Sacramento can beat - with LeBron James injured and his supporting cast looking lost, this is the best possible time for the Cavs to come to town.

After that homestand, things get even uglier. Six of Sacramento's final seven games of the month are on the road, with a five-game road trip that starts in Golden State ending the first month of 2015 for Sacramento. After traveling to Portland on January 19, the Kings return to Sacramento for a game against the Brooklyn Nets. Then, the road trip starts - after the Warriors, Sacramento takes on the Knicks, the Raptors, the Cavs, and the Pacers in a six-day span.

Out of Sacramento's 13 remaining games this month, 11 are against teams we project to make the playoffs - that isn't a pretty statistic for a team looking to get back on their feet. While Sacramento proved at the beginning of this year that they have the talent to compete every night, they'll need to rediscover that form if they want to make it out of January feeling positive about the future.