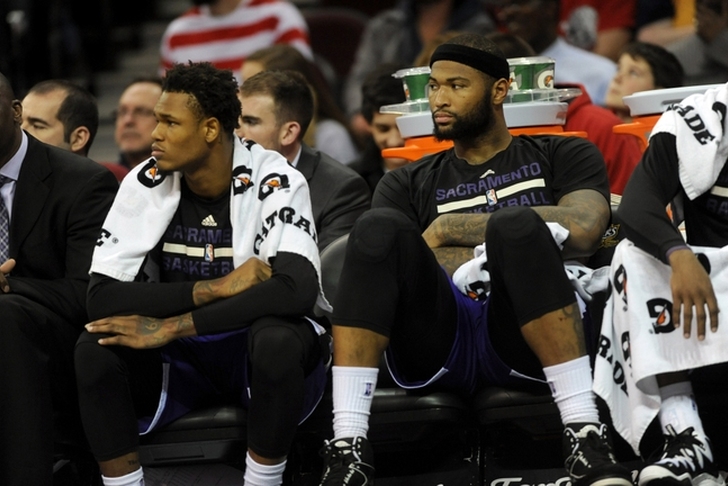 The 2014-15 Sacramento Kings have quite a few areas that need improvement, but the lack of depth and bench scoring has to be the team's most glaring flaw.

In Tuesday night's 121-96 loss to the Golden State Warriors, the Kings bench was outscored 61-12. PF Jason Thompson actually had a decent performance off the bench with 8 points and 8 rebounds...but aside from Thompson, the pickings were slim.

Quincy Miller, Carl Landry, Omri Casspi, Ryan Hollins, Ray McCallum, Ramon Sessions and Nik Stauskas combined for a grand total of 4 points in 42 combined minutes on the floor. Sacramento's bench went 3-16 from the field, recorded two assists, and committed 8 of Sacramento's 18 turnovers on the night. That isn't good enough against an Eastern Conference basement-dweller, let alone the team with the NBA's best record.

Not every NBA team has as deep or as talented a bench as Golden State, and that no doubt played a role in the scoring disparity...but for a Sacramento team that was shooting for playoff contention at the start of the season, that isn't much of an excuse.

The Kings are still pursuing trades that would bring DeMarcus Cousins some help in the frontcourt, but nothing is considered imminent. Sacramento has made quite a few players available (including first-round pick Nik Stauskas), and you can expect trade talk to heat up significantly as we edge closer to the trade deadline on February 19.