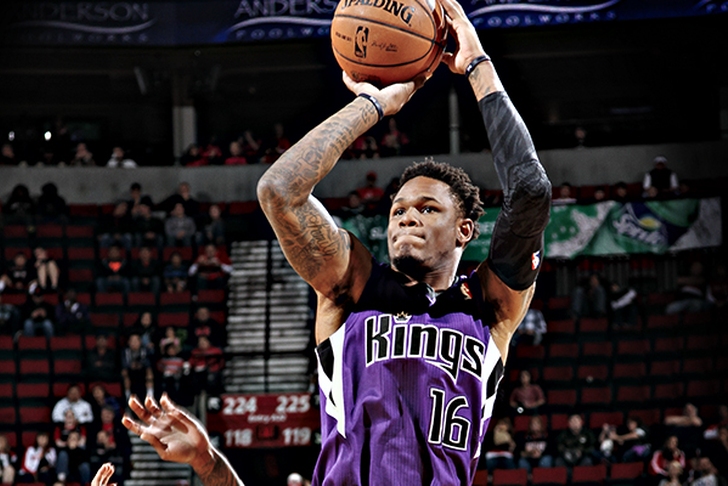 Second-year Kings SG Ben McLemore was a surprising exclusion from the 2015 Rising Stars Challenge, which saw him passed over despite an improved sophomore campaign and a fairly weak second-year class. This year's challenge is ditching the traditional rookies vs. sophomores format for a "US vs. the World" setup, with American stars Michael Carter-Williams, Trey Burke, Zach LaVine and more facing off against Andrew Wiggins, Nikola Mirotic, Dante Exum and other foreign players. McLemore has a very good case for inclusion on the American squad, but was unable to make the cut.

Sacramento Bee columnist Aileen Voisin spoke to McLemore about the snub earlier this week, and here's what he had to say:

...But after a disappointing January, when his promising start coincided with his team’s prolonged funk and he was bypassed from the Rising Stars Challenge during the NBA All-Star Weekend, McLemore has become surprisingly prickly. Asked late Tuesday about the slight, he bolted upright in his chair and repeatedly used the term “pissed off.”

“I didn’t care that much about not being invited back for the (slam dunk) event,” said the second-year pro, a runner-up last year in the dunk contest, “but I feel like I should be in the Rising Stars. That was one of my goals going into the season. I’ve worked really hard and I know I’ve improved, especially defensively. I just can’t let it affect my future.”

McLemore is averaging 11.7 points and 3.1 rebounds while shooting .453 in his sophomore year, and his numbers are up across the board. Despite the presence of rookie first-rounder Nik Stauskas, who plays the same position as McLemore, McLemore has started all 47 of the games he's played in and largely kept Stauskas on the bench with his improved play.