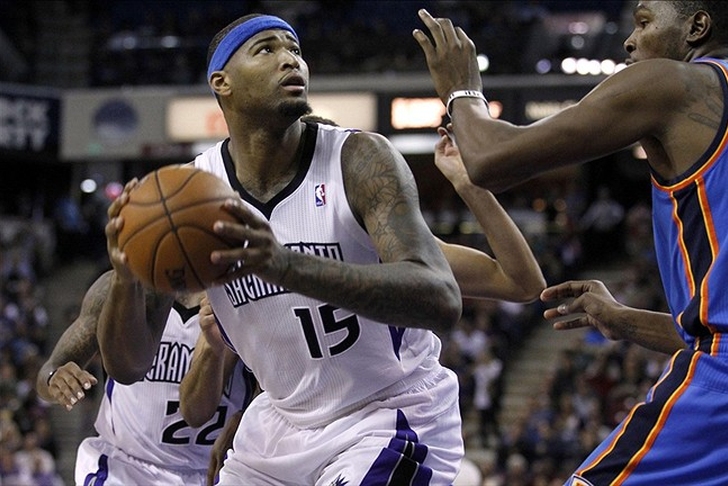 The Oklahoma City Thunder have had Sacramento's number over the past few seasons, but the Kings went a LONG way toward exorcising those demons on Wednesday night.

Rudy Gay, DeMarcus Cousins and Darren Collison all scored over 20 points, and the Kings held OKC star Russell Westbrook to just 10 points on 3-19 shooting. Kevin Durant had 24 points for the Thunder, but effective Sacramento defense kept him limited and forced him into four turnovers on the night. Westbrook had seven turnovers, and scrappy Kings defense forced 24 turnovers on the night.

Oklahoma City had won their last 12 games against the Kings, and the matchup has been extremely one-sided since the Thunder became a franchise. The Kings have lost 19 of their 24 games against the Thunder since the franchise left Seattle, with 10 of those losses coming by at least 10 points. Including games played as the Seattle SuperSonics, Oklahoma leads the all-time series 142-83.

The Kings are currently 15-20, and the win pulled them to within 1.5 games of the 10th-place Thunder (17-19). Both teams have some work to do if they want to catch up with the 8th-place Phoenix Suns (22-16), and Sacramento needs to go 35-12 over their remaining 47 games if they want to win 50 games this season - the minimum it would take to lock up a playoff spot in the ridiculously-competitive Western Conference.