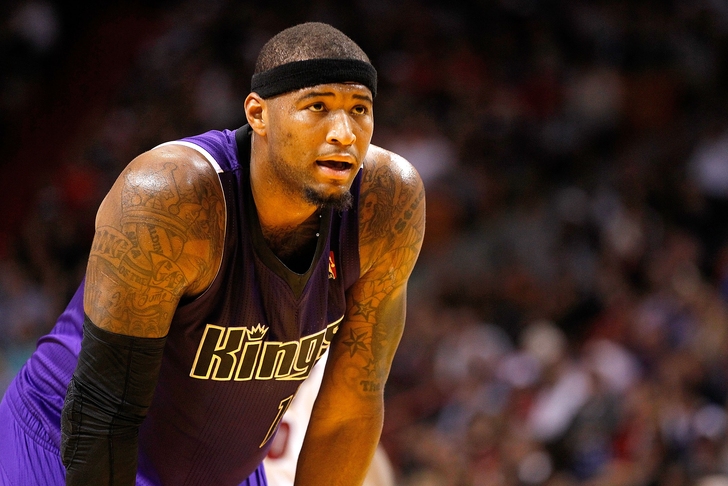 Sacramento Kings star DeMarcus Cousins has been sidelined the past two games due to injury, but he's still enjoying himself while checking out some area high-school basketball.

So, it wasn't huge news when Cousins showed up for the CIF Northern California Division I boys championship between Woodcreek (Roseville, Calif.) and San Ramon Valley (Danville) at Sleep Train Arena, the home court of the Sacramento Kings.

Cousins has also reportedly shown up at earlier games this prep basketball season, including Mitty's 54-40 victory over Sacramento in the D-2 title game. That game featured two post players getting a lot of attention from NCAA D-1 programs in Mitty's Ben Kone and Sacramento's Solomon Young.