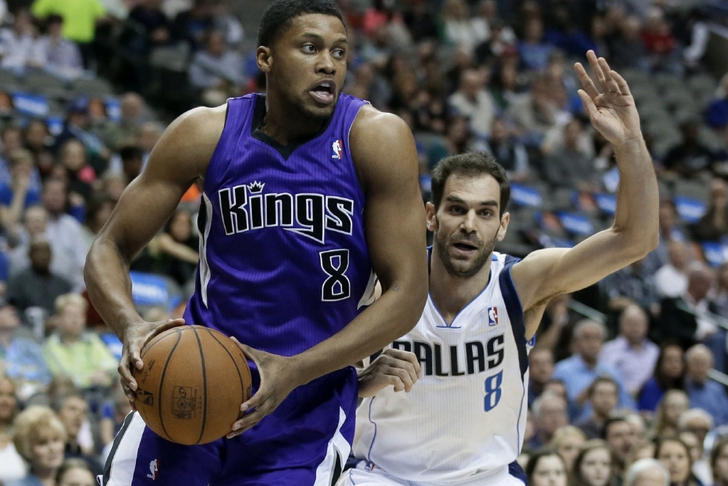 Contract extension talks between the Sacramento Kings and Rudy Gay stalled this summer, forcing the Kings to pick up Gay's $19 million option for the 2014-15 NBA season.

Gay still wants a contract extension in Sacramento, and from the looks of the early goings-on during the season, the Kings are likely to be happy to give one to him come next July.

As Kareem Gantt of FanSided observes, "Rudy looks like a brand new player in a Kings uniform, as he has re-found his outside touch, and has also taken on an all-around approach to his game. His 3.2 assist per game is the highest of his career, and he is also helping Cousins’ out on the glass, to the tune of seven rebounds a game."

Gay's contact expires at the end of this season, meaning that his current hot streak could very well make him even more expensive than he would have been had the Kings re-signed him this offseason.

However, with Gay proving all the number crunchers wrong with an amazing start in 2014-15, it looks like that would be money well spent.